Calls for US chemicals reform

US senator argues it is time 'to sound the alarm' over the country's regulatory system for chemicals, and plans to reform the Toxic Substances Control Act

A US senator has argued it is time ’to sound the alarm’ over the state of the country’s regulatory system for determining the toxicity of chemicals, and announced plans to reform the US Toxic Substances Control Act.

Senator Frank Lautenberg made the statement during a Senate Environment and Public Works (EPW) Committee hearing on the Toxic Substances Control Act (TSCA) on 2 December. The 1976 act has been criticised by both federal and industrial groups as ineffective. Under the current TSCA setup, the US Environmental Protection Agency (EPA) has only been able to test 200 chemicals out of more than 80,000 substances listed in the TSCA inventory, Lautenberg said in his statement to the committee. Of these 200, only five have been restricted by the agency. 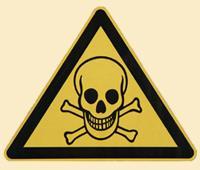 In September 2009, the EPA issued six principles to improve TSCA. One principle states that chemical manufacturers should be responsible for furnishing the EPA with data to demonstrate that chemicals don’t endanger public health or the environment.

At the hearing, Lautenberg echoed this sentiment while announcing plans to reintroduce legislation on TSCA reform: ’Our bill will put the burden of proving chemical safety where it belongs: on chemical companies.’

When asked how Lautenberg envisions this working in practice, a spokesperson speaking on his behalf told Chemistry World that much of the detail will be laid out in the bill, but that the senator ’has some ideas how there can be stronger regulation in this area.’

However, it’s unclear how soon the bill will be introduced at the Senate. Lautenberg’s spokesperson explained it would have to wait until the Senate’s debate on healthcare reform was over. He anticipated the bill being introduced in early 2010.

The American Chemistry Council (ACC) has signalled that it would support changes to the legislation and has drawn up its own principles to improve TSCA. Michael Walls, ACC vice president of regulatory and technical affairs, provides two reasons for why the TSCA must be overhauled. ’One, there is a lack of public confidence in some elements of the chemical regulatory system,’ he says. ’Second, it’s clear in the ensuing 30 years [since TSCA’s introduction] that the science and technology of detecting the presence of chemicals in humans and the environment has significantly improved, and the science has begun to advance on how to interpret the data.’

This isn’t the first time Lautenberg has attempted to introduce legislation to modernise TSCA. In 2005 and 2008, he tried to improve TSCA in the form of the Kid-Safe Chemicals Act but the measure ran into opposition from the Bush administration and chemical manufacturers. But Walls says the times have now changed. ’You start to see a confluence of interest amongst affected stakeholder groups, the general public, and indeed, the administration,’ he says. ’I think that’s what this activity reflects.’