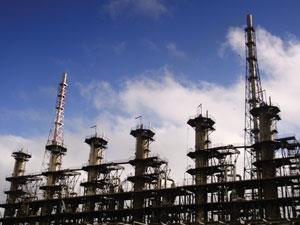 Emissions of nitrous oxide – a potent greenhouse gas – from China’s chemical industries are increasing rapidly, and are set to triple by 2020 unless measures are put in place to stop them, new projections show.

Nitrous oxide (N2O) has become the largest threat to the ozone layer following the success of international efforts to reduce CFCs. The increase of atmospheric N2O at the current pace is predicted to delay the repair of the hole in the ozone layer by about a decade. The majority of N2O emissions come from agriculture, but the gas is also generated as a by-product in the manufacture of nitric acid, which is used to make fertilisers, and adipic acid, which is used to make nylon. China is becoming one of the largest producers of these chemicals.

‘The rapid increase in China’s N2O emissions is due primarily to adipic acid production, stimulated by the burgeoning market during the last decade,’ says Jianhua Xu from Peking University, whose group made the projections. ‘N2O emissions globally, and in major regions including the US and Europe, are decreasing, whereas China has been experiencing a sharp increase.’

Xu’s team estimated that industrial N2O emissions in China increased 37-fold to 174,000 tonnes between 1990 and 2012, overtaking the US – which has the second highest emissions – in 2009. The team modelled future emissions under different scenarios, and showed that if current trends continue with no mitigation policies in place, industrial emissions will triple over the next six years to reach 561,000 tonnes in 2020 – around five times that of the US. 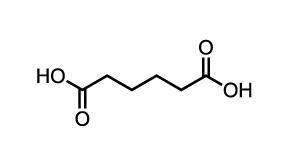 The technology to significantly cut these emissions already exists, Xu says. Nitric acid and adipic acid plants can be fitted with decomposition units that capture N2O and convert it into nitrogen and oxygen using heat or catalysts. The team calculated that if these units were installed throughout China it would cut emissions by 75,000 tonnes every year, bringing them down to 108,000 tonnes by 2020 – a 37% decrease from current levels and a total reduction of 1.54 million tonnes of N2O over the entire period.

‘The climate benefit of reducing this prodigious amount of N2O is comparable to reducing all greenhouse gas emissions from Australia,’ says Xu. For this to be achieved, she says, policymakers must do more to regulate chemical industry and encourage manufacturers to adopt existing technologies.

‘With its huge industrial and agricultural sectors, China has the potential to radically alter the trajectory of global nitrous oxide emissions in the 21st century,’ comments David Reay, a climate scientist from the University of Edinburgh in the UK. ‘However, the current regulatory regime is poorly suited to the task of reducing emissions. Without implementation of aggressive mitigation strategies in the agricultural and industrial sectors, emissions are set to grow and grow.’