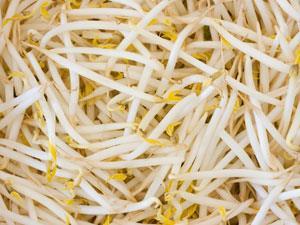 A quick way to kill methicillin resistant Staphylococcus aureus (MRSA) and other pathogens using a photosensitiser and visible light can be used to clean hands, say scientists in Germany.

The over-use of antibiotics has allowed many pathogens to develop resistances. The most well known is MRSA, which has now become a global problem, particularly in hospitals. Researchers are therefore constantly on the lookout for new ways to combat these microbes.

One way to kill bacteria that doesn’t involve drugs is antimicrobial photodynamic therapy (APDT). PDT is a well-known technique for the targeted destruction of cells, typically used for tumour therapy. Light is used to activate a photosensitiser, creating reactive oxygen species that kill the surrounding cells. It can be applied selectively to bacteria when a positively charged photosensitiser is able to attach to the bacteria’s negatively charged cell wall.

Tim Maisch and his team at Regensburg University Hospital and the University of Regensburg have demonstrated that this can be done quickly and safely by increasing the amount of photosensitiser used. They tested 5,10,15,20-tetrakis(1-methylpyridinium-4-yl)-porphyrin tetra p-toluenesulfonate (TMPyP) at concentrations of up to 100 µmol L-1 against MRSA, E. coli and the fungus Candida albicans and found that up to 99.999% of pathogens were killed within as little as 20 seconds. Compared to other APDT techniques, this is much quicker. ‘[Currently], you can apply and photosensitise a formulation,’ Maisch explains of other in vitro studies. ‘You [will need to] incubate the skin for a few minutes and then you switch on an appropriate light source for a few minutes.’

The rapidity of the technique also opens it up to more possible applications, such as treatment of infected wounds or decolonisation of MRSA from a patient, which is currently time consuming and costly.

Michael Hamblin, an expert in photodynamic therapy at Harvard Medical School, US, says that although the chemistry is not novel, the rapidity of the technique is useful. ‘The flash illumination makes it a lot easier to use,’ he says. ‘For real life applications, you want to keep the illumination times as short as possible.’ However, he would like to see how this treatment works in practice using real hands.

Maisch agrees that this is an important step and is looking to do this next. In addition, he is looking to find an appropriate therapeutic window, as, although the study shows that the photosensitiser does not penetrate the surface of the skin, high concentrations of it can harm human cells.