Theoretical chemistry could answer some questions about how life on earth originated, say Australian researchers.

Although we know amino acids were vital in the genesis of life, how they first appeared on earth is still under much debate. One theory is that they were introduced from space, having been synthesised in molecular clouds from simpler radicals. However, at almost absolute zero temperatures, it would be very difficult for any molecular collision to overcome the activation energy barrier. Unfortunately, owing to these extreme conditions, it is impossible to conduct laboratory experiments to investigate this.

Noticing that a number of possible interstellar reactions involve hydrogen transfer, John Bowie and Tianfang Wang at the University of Adelaide considered the possibility that they may be assisted by hydrogen tunnelling effects. Hydrogen tunnelling occurs when hydrogen atoms or nuclei take part in a reaction without having to overcome an energy barrier; instead they ’tunnel’ through it. The team used high level computational methods to study how tunnelling affects isomerisation reactions that may either help or hinder the synthesis of biologically important molecules. 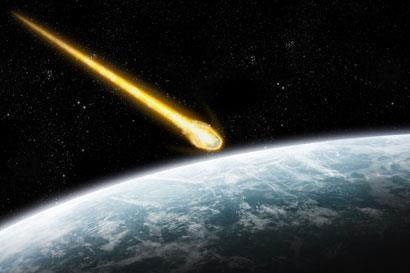 ’Let us propose, for example, that ?CH2NH2and ?CN react to form the glycine precursor NH2CH2CN,’ explains Bowie, ’if [?CH2NH2] isomerises rapidly to CH3NH?, then the proposed synthesis is not practical.’

They found that although these reactions show significant tunnelling effects, the rate constants for most of them would still be too slow for reaction to occur.

Holger Somnitz, a theoretical chemistry expert at the University of Duisburg-Essen, Germany, appreciates the information obtained. ’The [researchers] have quantified the effect of tunnelling. and provided valuable information on the potential energy along the minimum energy path,’ he says. However, he points out that the true impact of the work will only be revealed after experimental confirmation of the interstellar existence of the studied radicals.

Recognising the usefulness of the information obtained from their calculations, the researchers are now turning their attention to tunnelling effects in other fields of interest, such as in proteomics.