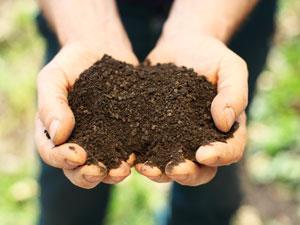 Citizen scientists in the US have played a pivotal role in the discovery of a new cancer-killing compound. The new molecule was discovered by scientists analysing a soil sample sent to them in the post by a woman from Salcha, Alaska. This work is part of a project to get the public to collect soil samples from all around the US in a bid to find medically-useful compounds in fungi.

Fungal-derived chemicals are already the basis for several drugs, including penicillin and other antibiotics. Finding these bioactive compounds can be as likely as winning the lottery, however. Researchers often have to travel long distances, collecting many different soil samples before discovering a fungus that produces an interesting molecule worth further investigation in the lab.

Robert Cichewicz , one of the study’s lead authors, decided to improve the odds by inviting people across the US to send in soil samples from their own gardens. He thought that crowdsourcing would not only build a more diverse library of samples, but would also be a way to get the general public involved in science.

Cichewicz’s team at the University of Oklahoma began crowdsourcing samples from across the US two years ago. Initially, they asked people they knew to spread the word. They also set up a website, so people could register their interest and get a soil collection kit. Citizen scientists scooped their soil into a pre-labelled bag, filled out a short form and returned the sample in the envelope supplied.

After isolating fungi from the samples, the researchers grew them in a range of culture conditions to force them to produce a host of different compounds. They then tested these metabolic products for biological activity, such as the ability to kill cancer cells or bacteria, with the help of Susan Mooberry’s group at the University of Texas, US.

One of the newly discovered fungal products of most interest is maximiscin, which is produced by a Tolypocladium fungus. The compound was found to be toxic to specific types of cancer cells. This specificity means maximiscin has the potential to destroy cancer cells but with fewer side effects than conventional chemotherapy agents that are principally toxic to rapidly dividing cells. The researchers found maximiscin to be especially effective at killing melanoma cells known as UACC-62. The compound also inhibited tumour growth in mice with transplanted human UACC-62 cells. 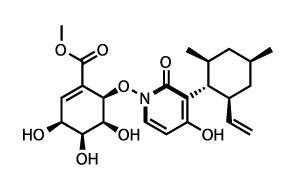 The researchers are currently testing several dozen other molecules from crowdsourced samples. Several of these compounds appear to have the ability to kill pancreatic cancer cells.

So far, Cichewicz says running the crowdsourcing project has been simple. They’ve only received one problematic sample where the sender forgot to include a submission form, so the researchers were unable to use the sample. He says he would encourage other disciplines to tap the wisdom of crowds for their work. Some already have: citizen scientists are already helping to classify new galaxies and analyse historical weather data.

The University of Oklahoma team has begun promoting their continued crowdsourcing efforts through guest lectures, flyers and social media. They now plan to analyse the crowdsourced soil samples for activity against parasites.

Jim Gloer , a natural products chemist at the University of Iowa, US, applauds the team’s creative approach, noting that crowdsourcing samples from the US avoids the logistical issues of using samples from other countries. ‘It’s a way to access some fungal cultures without having a lot of strings attached,’ Gloer says. ‘You don’t really have to go to exotic locations to get access to some very unusual things if you know how to look.’