European drug crime experts have been commissioned by the Council of Europe Parliamentary Assembly to investigate ways of combating the increased use of ’date rape’ drugs such as Rohypnol. The drugs are used to commit a range of crimes, including robbery. Such drugs are added to drinks without victims noticing, with spiked drinks potentially leaving victims unconscious.

Ideas to tackle the problem which are under investigation include making test kits available in bars, and issuing kits to police officers. Rapid access to testing is vital because Rohypnol and other benzodiazepines may only be detectable within hours of ingestion. Moreover, victims may not recall events because of the ’blackout’ effect - absence of recall - induced by the drug. 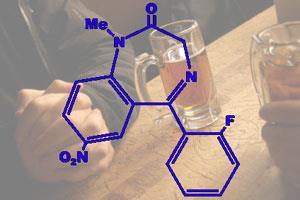 Rohypnol tests might have to be available in bars

The idea of encouraging on-the-spot testing came from a January session of the Council of Europe (CoE) Parliamentary Assembly in Strasbourg. Ministers representing the 46 CoE member states have reacted by calling for comments from CoE committees in which national experts look at crime problems and drug abuse. The experts must report back by April 30. Meanwhile, the CoE Committee of Ministers has relayed the Assembly’s concerns to state governments. On the legislative front, the Assembly called for benzodiazepines to be subject to tougher controls Europe-wide.

In Britain, Rohypnol (a trade name for flunitrazepam) ranks alongside cannabis as a Class ’C’ drug under the Misuse of Drugs Act. The legislation dates from 1971, when the United Nations Convention on Pyschotropics established that possession of Rohypnol without a prescription should be criminalised.

Rohypnol, a member of the Valium family, remains a licensed medication in Britain. In the US, where Rohypnol is banned, law enforcement agencies have similar concerns about the so-called ’club drug’ GHB (gamma-hydroxybutyrate). Similar substances identified in a CoE Assembly report include GBL (gamma-butyrolactone, a prodrug of GHB), ketamine (ketamine hydrochloride), butane-1, 4-diol, and burundanga (scopolamine).

The CoE Assembly’s resolution urged pharmaceutical companies to develop methods of making the drugs more identifiable, since they tend to be colourless, odourless and tasteless - and easily soluble in coffee, soft drinks and alcoholic beverages. Portuguese parliamentarian Jos? Mendes Bota hailed a decision by Roche, the producers of Rohypnol, to reduce its solubility so that it leaves a tell-tale residue. In addition, the modified version should cause a spiked drink to turn blue.

Alas, conceded Bota, ’producers of counterfeit versions are unlikely have such scruples’. Bota cited research in Australia suggesting that around 4500 people a year are the victims of spiked drinks, and that 40 per cent of cases result in sexual assault, sometimes upon men.

Except when substances are covered by multilateral agreements such as the UN convention, there are no global rules for determining whether a medicine should be classified as prescription-only or over-the-counter (OTC). ’Even within Europe, there are national differences in approach due often to divergent systems of social security and related issues of reimbursement,’ Sabine Walser, a CoE official responsible for pharmaceutical policy, told Chemistry World.