A Europe wide ban on cadmium in plastics, jewellery and amateur model-making has been announced

The EU is banning the use of cadmium, a heavy metal carcinogen, in plastics, jewellery and brazing or soldering sticks from December this year.

The move has been welcomed by industry but has raised concerns among environmentalists because the EU initiative includes various derogations or exemptions allowing continued or even increased use of recycled PVC products, which use cadmium as a stabiliser. 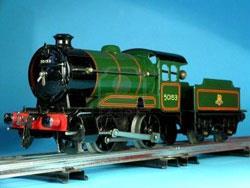 The ban is being introduced under the Reach legislation which enables restrictions to be imposed on specific hazardous substances. However, it does not apply to cadmium in electrical and electronic products which are controlled by the Regulation on Hazardous Substances (RoHS) directive.

As humans obtain much of their daily intake of cadmium from food, the European Food Safety Authority (EFSA) conducted an investigation two years ago, which concluded that the mean exposure of European adults was close to, or slightly exceeded, the tolerable weekly intake (TWI). Some subgroups may receive double their TWI.

Besides being carcinogenic, cadmium poisoning can be fatal, damaging organs, such as the lungs and kidneys, via inhalation of fumes. It may also be genotoxic and damage the nervous system.

Cadmium fumes can be a major health risk during the application of cadmium-bearing brazing alloys for metal joining in plumbing, refrigeration and ventilation and in recreational model-making. There has also been a recent increase in imports of imitation precious metal jewellery containing cadmium. Some of it is 45 per cent cadmium and the metal can pass through the skin on contact.

Since the early 1990s the EU has restricted the use of cadmium as a colourant and as an additive in plastics because of the dangers it poses to the health of workers.

The new ban tightens up and closes loopholes in existing legislation on cadmium in plastics. In the PVC sector, for example, a concentration limit of 100ppm applies to products such as pipes, flooring and cabling but not to windows, and other profiles, and roofing. As a result recycled PVC is used for window profiles but not for pipes.

Under the legislation recycled PVC can be used in non-pressure pipes up to a limit of 1000ppm, which will also be imposed on recyclates in profiles and other construction applications.

’The new rules are exactly what we asked for,’ says Helmuth Leitner, director of the European Council for Vinyl Manufacturers. ’We have shown the Commission studies demonstrating that the migration potential of cadmium in recyclate is almost zero. The use of recyclate with 1000ppm of cadmium will be allowed only in the middle layer of three-layered non-pressure pipes.’

The Commission has taken a similar line with recycled PVC containing cadmium as it did with cadmium in solar panels in last year’s revamped RoHS. Solar panels were exempted from a cadmium ban on the grounds that they would be recycled.

’We want to see cadmium phased out completely,’ says Frida H?k, project co-ordinator at the International Chemical Secretariat, a Stockholm-based campaigning group. ’When exemptions are made because of recycling there can be problems with materials which are not recycled properly.’