MEPs have called for nanosilver and long multiwalled carbon nanotubes to be banned in electrical and electronic products. Members of the EU Environment Committee made the call as they voted on proposed amendments to the Restriction of Hazardous Substances Directive.

Their stance on nanomaterials was in addition to the EU proposals, and as well as asking for these two to be banned, they said that any electrical and electronic materials that contained nanomaterials of any nature should be labelled as such. Manufacturers would be compelled to provide the European Commission with safety data on any nanomaterials used.

It remains unclear precisely what the MEPs deem to be nanomaterials. If they follow the definition used in the Novel Foods directive, then it would mean any material engineered or manufactured to be of the order of 100nm in at least one dimension. This, however, would lead to every electronic product requiring labelling. 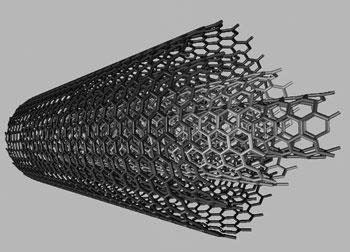 ’Every transistor in a computer chip would then include a hazardous substance,’ explains Steffi Friedrichs, director general of the international Nanotechnology Industries Association. ’Labelling is an understandable consumer demand, but it needs to be practical, and labelling every computer chip would be nonsensical.’

The sense behind banning long multiwalled carbon nanotubes is more apparent; for example, there is some evidence that they may behave like asbestos when inhaled. But even then, the nanotubes have to be free for inhalation, which would not be the case if they were bound up in an electrical product. ’The properties of each material must be evaluated according to application, and on a case-by-case basis,’ says Friedrichs. ’In final products, the potential exposure to carbon nanotubes is negligible, and during the manufacture and formulation process adherence to safety standards is essential. However, we support further research into the environmental, health and safety aspects of carbon nanotubes.’

A vote on the proposals is due to take place in October.