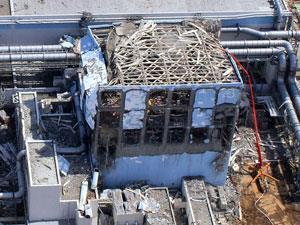 The nuclear disaster at Fukushima saw 160,000 flee their homes

Japan’s 2011 Fukushima Daiichi nuclear disaster will put people living nearest to the nuclear power plant at a slightly elevated risk of cancer in the coming years. However, the disaster will have no ‘observable’ impact in the rest of Japan or other parts of the world, according to a health risk assessment by the Geneva-based World Health Organization (WHO).

The assessment also expects no increases in miscarriages, stillbirths or physical and mental disorders in babies born after the accident, but does expect that one-third of the emergency workers at the plant will have an increased risk of cancer.

The WHO report has triggered a wide range of reactions. The Japanese environmental ministry contended that WHO is ‘overestimating’ the risk of cancer while environmental group Greenpeace accuses WHO of downplaying cancer risks.

The Fukushima disaster occurred on 11 March 2011 after the devastating Tohoku earthquake and tsunami, which left nearly 16,000 people dead. The flooded nuclear plant, located in Fukushima Prefecture, released radioactive dust after suffering meltdowns and explosions. A 20km evacuation zone was set up and 160,000 people fled their homes.

In the two regions most affected by the disaster, the preliminary estimated radiation doses for the first year ranged from 12–25 millisieverts (mSv), according to the WHO report. In those two locations, the lifetime risk of developing leukaemia is expected to rise 7% in males exposed as infants and breast cancer to rise 6% in females exposed as infants. Lifetime risks for all solid cancers are expected to rise by 4% in females exposed as infants. Radiation doses in the next most highly exposed locations in Fukushima prefecture were estimated at 3–5mSv. In those locations, the increased risk of cancer over a lifetime is about half the level of that of the most radioactive zones.

‘Outside these parts – even in locations inside Fukushima Prefecture – no observable increases in cancer incidence are expected,’ says Maria Neira, WHO director for public health and environment. But she adds that the report underlines the need for long-term health monitoring.

Jan Beyea, a nuclear physicist who is now chief scientist at the consultancy group Consulting in the Public Interest, tells Chemistry World that the WHO paper ‘is in agreement’ with the calculations of a paper he recently co-authored. ‘However, the WHO report does not, as far as I can tell, consider the societal cancer risk, namely the total number of cancers spread out over time in a large population,’ he says. ‘Thus, it appears to be only a partial health assessment.’

Beyea’s paper asserts that future cancer mortalities from the Fukushima disaster will be higher than some original estimates. His paper estimates a mid-range figure of around 1000 future cancers over the next 70 years, with a range of about 50 to 5000. ‘The WHO report by emphasising the smallness of the individual risk takes one useful step in preventing social amplification of risk, but they fail to take the second step, which is to be forthcoming about the collective cancer risks,’ Beyea says.