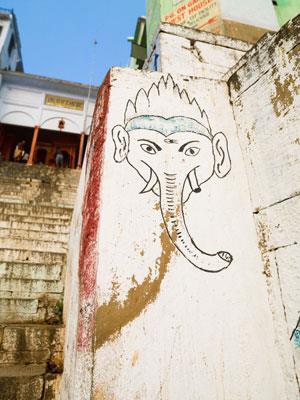 While New Delhi phased out leaded petrol more than a decade ago, levels of the toxic metal in the blood of children living in India's capital city are still more than 10 times higher than those of children growing up in the US. And researchers tracking lead in children are pointing the finger at paints used on toys and legacy coatings now peeling from buildings.

Lead author of the latest study examining levels of lead in the blood of Delhi's children, Veena Kalra, former head of pediatric neurology at the All India Institute of Medical Sciences, conducted a similar study in 1997  – a year before leaded petrol was phased out. At that time, Kalra's team was sampling lead levels in blood at two locations: the urban village of Shahpur Jat and the crowded commercial district of Daryaganj. The former had lower levels of lead in the air, but at both locations, more than half the children surveyed had high blood lead levels. Lead is a potent neurotoxin that impairs children's neurological development.

Data from India's Central Pollution Control Board show that levels of airbourne lead in Delhi have declined since 1998. Kalra returned to the two locations in 2006, interested to see if this decline was reflected in children's blood. 'They have certainly gone down, but are still more than what should be desirable after the phase-out,' she says.

The study of 300 children aged six to 10 discovered that 12% had levels of lead in their blood greater than 0.1µg/l – the then reference value for blood lead levels. Since then, the US Centers for Disease Control and Prevention further reduced this to 0.05µg/l.

Although lead from petrol was a major source of lead pollution in the past, other sources of lead exist. 'The paint and toy industries are among the biggest sources of lead,' Kalra says. 'Lead compounds are bright and attractive, and the go-to colour sources for these industries.' She emphasises the need for more stringent government regulation in these sectors.

David Bellinger, a neurologist at Harvard School of Public Health, US, reflecting on Kalra's study, says that blood levels of lead in Indian children six to 10-years-old are more than 10-fold greater than pre-school children in the US. 'One can anticipate that lead is adversely affecting the cognitive function of a substantial portion of the child population in India,' he adds.

He calls for a comprehensive study to unearth where this lead is coming from in India. 'There are many potential sources that would need to be investigated besides peeling paint, including soil and dust lead (the result of use of leaded petrol in the past), air lead from industrial sources, water (from use of lead pipes or solder), food contamination, including spices and vessels used to cook and store food, herbal remedies, and cosmetics.'