The chemical industry is hoping to benefit from US government and European Union cash injections to the auto industry to boost energy efficient technologies.

The US government will provide $25 billion (?17 billion) to help its auto industry introduce fuel-efficient vehicles, after the Japanese government increased its funds to develop ’post-gasoline’ cars. And the European Commission together with EU member states and the European Investment Bank have been discussing an aid package to the European car industry. The European auto industry trade association (ACEA) has asked for a €40 billion (?34 billion) infusion in low-interest loans for fuel-efficient technologies. The request comes in the wake of decreasing auto sales and moves by the EU to limit new cars’ CO2 emissions. ACEA says huge investment in R&D, combined with more government financial support, is needed to cut CO2 emissions in new cars. 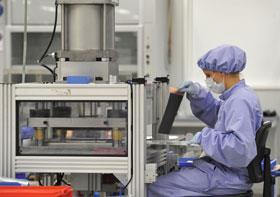 Chemical companies are hoping that any government handouts will not only be channelled into efficiency savings, but will also be used to bolster new technologies. UK-based materials producer Johnson Matthey, for example, expects opportunities for controlling car emissions with catalysts, but also wants to see help to develop fuel cells. ’We’re spending a lot on R&D in this area but it requires more government support to make the technology competitive,’ says Ian Godwin, company corporate communications director.

Evonik, the German-based specialty chemicals company with annual sales of about

Small chemical companies specialising in energy efficiency products also see opportunities to gain from government initiatives. ’As a producer of a nanoscale catalytic fuel additives, we would benefit from fuel additive injectors being made an intrinsic part of a car,’ says Mike Attfield, planning director at UK-based nanomaterials specialists Oxonica. ’It would definitely help us if vehicle manufacturers were given some sort of incentive to build fuel additive injectors into their vehicles.’

But some companies are sceptical about whether the chemical industry will benefit significantly from a large allocation of public sector cash into the automobile sector.

’With the exception of low-friction tyres, which do use a lot of different chemicals, I think much of the extra money will go into engineering,’ says a business development manager at one European chemical company. ’It will be used to improve powertrains, develop regenerative breaking, start-stop functions and twin turbo technology, all of which have a low or neglible chemical input.’