Pierre Brondeau, CEO-in-waiting of Philadelphia-based speciality chemicals company Rohm and Haas, knows his appointment comes at a difficult time for the industry. Aside from facing the general challenge of the economic downturn and rising energy costs, Brondeau is also starting his new job on the day the company gets taken over by Dow Chemical.

Dow’s $19 billion (?12 billion) takeover is expected to close in early 2009 - at which point current Rohm and Haas CEO Raj Gupta will step aside. But Rohm and Haas will not simply be swallowed by the US chemicals giant - instead, the company will retain its name and headquarters, and become Dow’s advanced materials branch. 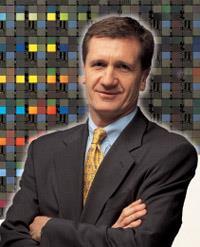 Brondeau would like the next US president to deliver cheaper energy

Rohm and Haas makes a wide variety of chemicals which are used as ingredients in materials - from paints to suncreams to solar cells. The company’s electronic materials division has grown particularly strongly in recent years, says Brondeau, its display technology group strengthened by the recent acquisitions of South Korea’s Gracel Display, and Eastman Kodak’s Light Management Films business.

’We’re clearly facing a challenging time for the industry - but merging with Dow will give us a richer portfolio and better access to market, so we will be armed to face this better,’ says Brondeau. Dow also stresses the economic benefits of the merger: the speciality chemicals market is less cyclical than   the low margin bulk chemicals sector.

While the credit squeeze has disrupted some deals in the chemical sector - most notably Hexion’s Deutsche Bank and Credite Suisse-backed takeover of Huntsman - no such troubles will affect the Rohm and Haas deal with Dow, says Brondeau. ’The financing of the deal doesn’t rely on loans from the banks, so the banking crisis will have no impact on the deal,’ he says. Instead, the takeover will be partly financed by a group of private equity investment firms, including Warren Buffet’s Berkshire Hathaway. Dow will also use some of the $9.5 billion it gained by selling half of its plastics business to Kuwait Petroleum in 2007 to set up a joint venture.

The merger is expected to produce cost savings of at least $800 million per year, with the companies sharing corporate services such as IT and transport and logistics. But one of the biggest advantages of becoming a Dow business will be the improved purchasing power, says Brondeau. ’When you’re Dow - a $60 billion company - you don’t buy raw materials at the same price that Rohm and Haas does.’ And Dow itself already produces some of the raw materials Rohm and Haas currently has to buy in.

Rapidly rising raw material and energy costs - and the need to pass these on to customers - has been one of the biggest challenges recently facing the Philadelphia firm. From May 2008, the company imposed a surcharge on many of its products, indexed to changes in raw material and energy prices, adjusted monthly. ’This decision was difficult for our customers to accept - but the situation was so volatile that we believe we had no choice. To put it mildly, our customers were not happy, but they can now look forward to falling prices because some raw material prices are going down.’

With the US elections looming, Brondeau says his biggest wish from the next occupier of the White House is a change in policy that secures cheaper energy prices. ’If the next President could work a miracle and solve the financial crisis, I’d be very happy - but short of that, the most critical issue for the chemical industry will be energy policy,’ says Brondeau. ’In terms of the two candidates, I don’t think there will be as much difference between them as people think, because of the reality of the challenges we will be facing in the economy and the actions they will have to take to turn around the cycle.’