Organic foods do not seem to be better than conventional foods with regard to intake and absorption of selected minerals, say scientists

Scientists in Denmark have compared how organic and non-organic diets affect dietary mineral uptake in humans, focusing on copper and zinc. They found that there is no difference between the two diets when it comes to uptake and how the minerals are processed in the body.

Copper and zinc are two essential trace elements with unknown availability in organic verses non-organic diets. Alicja Budek Mark and colleagues at the University of Denmark investigated the content of these elements in non-organic versus all-organic diets fed to 20 men over 12 days. And Mark’s team assessed the in vivo absorption of zinc and copper by analysing faecal samples taken from the men during days 8–12. 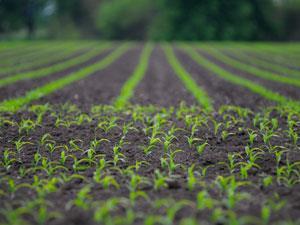 The team found that there was no difference in the content and absorption of zinc and copper between the two diets. Mark comments that she hopes the work contributes to the on-going debate about the health benefits of organic foods, providing evidence that organic foods do not seem to be better than conventional foods with regard to intake and absorption of selected minerals.

The health benefits of organic foods are an area of intense research as the demand for organic produce increases. Different fertilisers and farming techniques are known to affect the mineral content of plants in different ways, which in turn could affect the bioavailability of minerals to humans during digestion of plant matter eaten. However, what happens after the ingestion of these foods is unknown.

Janet Hunt, an expert in nutrition at the Nutrition and Environmental Studies Section of the International Atomic Energy Agency in Vienna, Austria, says that ‘some proponents of organic food claim improved nutrient content of organically grown food, or improved nutrient absorption and utilisation, and studies such as this one help to refute such unsupported claims’.