The Japanese government is taking a closer look at its approach to science and technology in the aftermath of the earthquake and subsequent nuclear meltdowns that rocked the country in March. The five-year Fourth-Stage Basic Plan for Science and Technology white paper seeks to regain public trust on the role science and technology should play in society. While debates between policy-makers and the general public are commonplace in the US and Europe, they are much rarer in Japan. 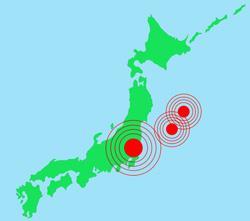 In previous years, the white paper has focused on issues such as how science and technology can help Japan fight back against tough international competition and harness the skills of its population. This time, the focus is on engaging Japanese society. In a rare instance of introspection, the Ministry of Education, Culture, Sports, Science and Technology (MEXT) looked at the problems technology can cause, with an eye on the nuclear disaster at Fukushima. The document notes that the government bears some responsibility for the loss of public trust in science and technology.

’The special theme of the white paper was decided before 11 March because of the importance of mutual communication between government and researchers and the public,’ a MEXT officer says. ’After the earthquake, it became obvious that the establishment of mutual scientific communication is a real and compelling issue.’ The Japanese media noted that its re-examination of energy policy, including nuclear power, as well as Japan’s science and technology policies, was exceptional.

In future, the paper notes, the government, researchers and engineers will need to think more deeply about how advanced technologies will affect society and be open with the public about the risks, as well as the benefits. By being more open, the government and scientists hope to earn the trust of the public. Some of the issues that the public ought to be consulted on include the safety of nanomaterials, improving risk communication and ethics in the life sciences.

The white paper acknowledges that Japanese citizens have high expectations of science and technology, but these are tempered by fears, partly as a result of the nuclear disaster. Despite advanced technologies becoming an integral part of Japanese life, the paper states that scientific literacy remains relatively low. Of particular concern is that, while Japanese students perform well at international events, such as the science Olympiads, science is of little interest to most students.

’Japan has to be a world leader in science and technology to compensate for its lack of domestic resources, therefore, it has to win the public’s trust,’ says Yasuhiro Iwasawa, a professor at the University of Electro-Communications and head of the Chemical Society of Japan. ’The integration of specialised and subdivided research fields is required to develop a vision for the future with an eye toward science for a sustainable society and promoting the academic field of scientific communication.’ The white paper is a step in the right direction, he says.