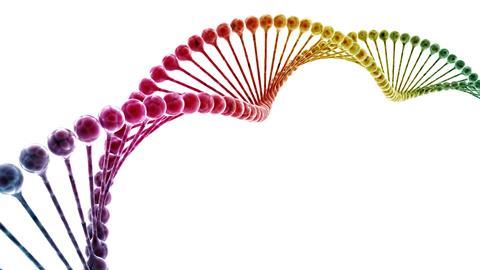 University students in the US who identify as lesbian, gay, bisexual or queer (LGBQ) are 8% less likely than their heterosexual counterparts to remain in science, technology, engineering and mathematics (Stem) fields by their final year. This is according to a new analysis conducted by Montana State University education researcher Bryce Hughes.

Hughes’ study analysed survey responses from more than 4100 college students who planned to pursue Stem subjects at 78 different US institutions. The data came from a longitudinal review by the University of California at Los Angeles’ Higher Education Research Institute, which surveyed first year students in 2011 and then followed up again in 2015 to verify whether they had stuck with their Stem course. When controlling for other factors that increased a student’s likelihood of staying in Stem, Hughes found that the heterosexual students were 10% more likely than the LGBQ students to stick with their Stem degree by their fourth year.

‘Given this present political moment for LGBTQ communities – both good in terms of achieving nationwide marriage equality in the US and bad in terms of states passing legislation to prevent trans folk from using public facilities designated for their gender identities – we know very little about what LGBTQ people face when working toward contributing to science,’ Hughes tells Chemistry World. ‘What contributions may we be losing because LGBTQ people are potentially being pushed out of Stem?’ he asks.

Hughes’ also determined that 49% of sexual minority students surveyed had participated in undergraduate research, whereas only 41% of the heterosexual Stem aspirants had done so.

‘LGBQ students were less likely to be retained in Stem in spite of participating in undergraduate research experiences at greater rates, which seemed to suggest the LGBQ students who enter Stem may be more committed because they anticipate a less-than-welcoming environment,’ Hughes says.

Hughes says work on diversity in Stem has mostly overlooked the LGBQ community, until recently. By broadening the concept of diversity within these disciplines, he suggests that Stem degree programmes can better develop the talents of future researchers and practitioners, bringing a wider range of perspectives to the field.

Scott Page, a University of Michigan professor whose research focuses on modelling diversity and complexity in the social sciences, says this bleeding of LGBQ individuals from Stem degrees is a cause for concern. ‘The loss to chemistry is four fold: LGBQ students may look at problems differently and have different knowledge basis; they are likely to be interested in a different set of questions; their presence in a group changes how others think and act; and there is a loss of talent – people unable to pursue their passion,’ he says.

Page notes that Hughes does supplement his findings with other studies showing that this community feels less welcome in Stem. ‘I would in no way dispute their findings,’ he says. ‘They present compelling correlative evidence.’ Nevertheless, Page suggests the need for a follow-up survey to determine why these individuals switched to non-Stem majors, and what fields they joined. ‘Members of the pride community for rather obvious social and political reasons – ironically including higher Stem dropout rates – may feel an extra pull to leave the lab and promote social justice,’ he adds.