The House of Lords Science and Technology Committee has called on the UK government to clarify its current research funding commitments, and the periods of time over which they will apply. It has concluded there is a lack of oversight of the total research spend, making it difficult for the government to make ’coherent, well-founded decisions’ about the use of public funds to support research. 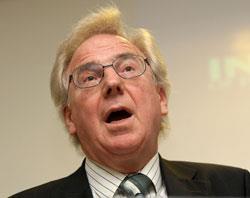 It has made several recommendations. The government’s chief scientific adviser should publish annual research spending figures for each subject area, and attend Treasury meetings when departmental budgets are being considered. Chief scientific advisers within individual departments should also provide their ministers with information ahead of budget negotiations so research funding decisions can be made on the basis of sound advice.

There is a particular problem when funding comes from more than one government department or agency. The committee believes this would be best addressed by taking a wider view to identify major cross-department policy issues, and then coordinate and fund responses to these grand challenges facing society.

’Clearly, in times of economic uncertainty, decisions about how to allocate public funds are especially complex,’ says Lord Sutherland, the committee’s chairman. ’The recommendations in our report are intended to help ensure the government is well placed to make informed and effective research funding decisions, and that robust mechanisms exist so decisions on research funding are based on the best available advice.’

Although David Lammy, higher education and intellectual property minister, has said a Labour government would see through its commitments under the science and innovation investment framework until 2014, the plans of the Conservative and Liberal Democrat parties are, as yet, unclear. ’According to the budget forecast, this would mean that the science budget would rise by at least 3 per cent from 2011,’ says Nick Dusic, director of the Campaign for Science and Engineering (Case). ’The opposition parties need to state if they will match this commitment, or develop a new long-term framework.’

He adds that, at this time of constrained public expenditure, it is important to strengthen the evidence base to inform research funding decisions. ’It would be unwise to cut part of the funding system without understanding the political consequences,’ he says. ’Case recommends the next government appoints a Treasury chief scientific adviser to lead a cross-government research programme on the science of science policy.’