Mercury levels falls in US women 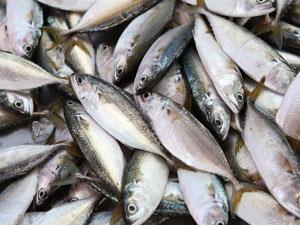 Interestingly, while blood mercury levels dropped the EPA found that there was very little change in the amount of fish eaten by these women. The agency has concluded that the fall in the ratio of mercury intake to fish eaten suggests that women may have shifted to eating types of fish that have less mercury in them.

‘We know that the fish didn’t change in terms of the mercury content, and the women surveyed ate the same amount of fish, so it looks like the fish they were eating was lower in mercury,’ explains Betsy Southerland, who directs the EPA water division’s  Office of Science and Technology. ‘We do think women are making informed choices – they are still eating seafood … but they are avoiding the fish that, unfortunately, has higher levels of mercury,’ she says.

The EPA and the US Food and Drug Administration currently advise women who may become pregnant, are pregnant or nursing mothers to eat fish and shellfish that are low in mercury, because of possible harm to the developing nervous system of unborn babies and young children.

Ernest Chiodo, a toxicologist and industrial hygienist at Wayne State University, US, says this is good news. However, one concern, noted by Chiodo and other experts, is that changes in fish consumption could have some untoward effects. As the ?-3 fatty acids found in fish are cardioprotective, they worry that young women who avoid some fish could experience an increase in cardiovascular disease after menopause.

Chiodo also suggests that there are other factors at play here besides women making more informed decisions on which fish to eat, including reduced power plant emissions. Much of the mercury that ends up in the world’s seas is released by coal burning power stations. ‘Changes in fish consumption might be part of it, but better control of emissions from coal-fueled power plants is going to be a significant piece of the puzzle,’ Chiodo says.

The EPA’s new Mercury and Air Toxics Standards rule, which set emissions limits on mercury and other toxic air pollutants from power plants, was finalised in April. However, Southerland estimates that it will take several more years before that rule will actually result in lower mercury blood levels. Meanwhile, a global treaty to address mercury pollution has just been agreed.