For many years, beta amyloid has been blamed for causing Alzheimer's - but could it also be protecting us from infection?

The peptide beta amyloid has long been thought to be involved in Alzheimer’s disease, though there is a great deal of controversy about whether it’s a primary cause of the disease, or merely a symptom. Now, Rudolph Tanzi and his group at Massachusetts General Hospital have shown it might not be simply ’junk’ - it could be being made to protect the brain from pathogens as part of the innate immune system. 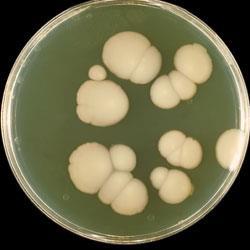 During the group’s search for genes associated with Alzheimer’s, Tanzi’s colleague Robert Moir spotted the structure of beta amyloid was very similar to the known antimicrobial peptide LL-37 - giving rise to the question ’what if beta amyloid also has antimicrobial properties?’ So student Stephanie Soscia tested it against a range of common pathogens, such as Staphylococcus aureus, Streptococcus pneumoniae and Candida albicans, and found eight of the pathogens were killed by the amyloid - and, in some cases, it was more effective than LL-37.

’This immediately suggested two things,’ says Tanzi. ’Perhaps in Alzheimer’s the immune system is triggering beta amyloid as we age, and if it’s triggered too much there’s a higher risk of Alzheimer’s. The second is that, with the many drugs in the pipeline targeting beta amyloid, we believe it should be addressed in the same way as cholesterol for heart disease - you don’t turn it off altogether but dial it down to a safe level so that you don’t get plaques.’

The big question, he says, is what is triggering the innate immune system as we age? ’There are examples of pathogens that accumulate in the brain, including Chlamydia pneumoniae and the Herpes simplex virus 1 (HSV1). We’re also looking very closely at the yeast Candida albicans, as it was most potent against this pathogen in our screens,’ he says. ’However, the innate immune system can also be triggered by strokes and traumatic brain injury, which also increase beta amyloid levels. We call our hypothesis the toxic gain function hypothesis, as beta amyloid has a normal function, but if there is too much of that function, it becomes toxic.’

If pathogens in the brain do indeed turn out to be a major trigger of the innate immune system as we age, he believes it may be possible to vaccinate against them as a way to prevent Alzheimer’s. ’We’ll also keep an open mind - it could be that the cause is stroke or brain injury, or all of the above,’ he says. ’And antimicrobial peptides are usually broad spectrum; we know it hits fungus and yeast, so why not a virus such as HSV-1?’

Ruth Itzhaki at the University of Manchester has been working on the implications of HSV-1 in Alzheimer’s for some time, and has evidence that this may be the microbe that triggers beta amyloid production in the brain. ’Tanzi’s work is very interesting, as there has been a lot of hostility to the idea that an infectious agent might be responsible for Alzheimer’s,’ she says. ’We think HSV-1 works in combination with a known genetic factor for Alzheimer’s, and amyloid is damaging when it is overproduced in response to infection.’