Norman Dovichi: Singing the praises of the unsung hero

At this year's Pittcon, Norman Dovichi received the Robert Boyle Prize for Analytical Science from the RSC

At this year's Pittcon, Norman Dovichi of Notre Dame University in Indiana, US, received the 2012 Robert Boyle Prize for Analytical Science from the RSC. The prize is awarded for outstanding contributions to analytical science. This year, it is awarded for Dovichi’s pioneering development of ultrasensitive separations, including the first separations at zepto- and yoctomole levels, and capillary electrophoresis-based DNA sequencing for the human genome project. 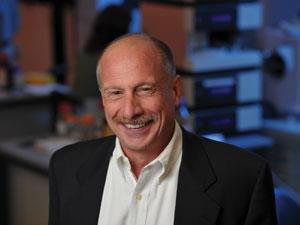 What does winning the Robert Boyle Prize for Analytical Science mean to you?

It is a great honour to be recognised with the award. Since my days in Canada, I’ve had great respect for the work of scientists in the commonwealth, and particularly in the UK. It is fantastic to be recognised by the Royal Society of Chemistry.

The prize citation is for your work separating down to zepto- and yoctomole levels – how do you achieve that?

My group has primarily focused on laser-induced fluorescence coupled with capillary electrophoresis. The exquisite sensitivity produced by fluorescence, particularly fluorescence generated in a small volume, results in mass detection limits of a few hundred molecules for a fairly wide range of analytes. More recently, we have been exploring mass spectrometry coupled with capillary electrophoresis. We are now able to obtain detection limits in the high zeptomole range for many peptides. This high sensitivity has many applications. We have focused on single cell analysis in order to characterise cell to cell heterogeneity.

The citation also mentions DNA sequencing for the human genome, which not many people would immediately associate with analytical chemistry – what was your involvement in that project?

The analytical chemistry community played a fundamental role in the genome project, perhaps starting with Lloyd Smith and Leroy Hood’s development of fluorescent-based DNA sequencing. A number of groups were involved in exploiting Smith’s labelling technology by developing high-throughput capillary electrophoresis DNA sequencers. Large numbers of labelled fragments were separated by capillary array electrophoresis and detected by spectrally resolved laser-induced fluorescence. My group and a group at Hitachi independently developed capillary array electrophoresis instruments based on a sheath-flow cuvette. Those instruments were patented and licensed to Applied Biosystems, who commercialised the technology as the Model 3700 DNA sequencer. This instrument was the workhorse instrument used in the human genome project.

Are you a Pittcon regular?

I have been attending Pittcon fairly regularly for nearly three decades. It is a great place to meet colleagues, to hear of the latest results in a rather wide range of topics, and to visit with vendors.

What are you looking forward to at this year’s meeting? Which sessions and talks in particular?

The one problem with Pittcon is that it falls during the academic term. I hate to miss too many lectures, which puts a constraint on the length of time I can spend at the meeting. I am scheduled to speak at Dimitri Pappas’ symposium on hyphenated techniques (Wednesday morning, session 1610, room 125), and the RSC has arranged a symposium in honour of my Boyle award (Tuesday afternoon, session 1240, room 126B). I’ll certainly be at both of those sessions!

What do you think the next five to 10 years will bring for separation science?

If you had to select one particular piece of your research as a favourite, what would it be?

The focus of my research has evolved over time. Our early work that laid the foundation for single molecule analysis was an exciting intellectual exercise. The work that led to the sequencing of the human genome was ultimately gratifying, as the technology that we had developed was commercialised and widely employed in a significant research arena. Our work on single cell analysis has proven to be much more challenging than was technology development for the human genome project. I am enjoying greatly our current work employing capillary electrophoresis for high sensitivity bottom-up proteomics; that work is challenging the existing paradigm of chromatographic-based proteomics, and it will be interesting to see if we are able to displace that paradigm.

There are three prerequisites for success as a scientist. First, you need a really thick skin to deal with disappointment when grants and papers are rejected. Second, you need good writing skills, which come with practice. Third, you need to accumulate a talented group of students and colleagues.