The price of a barrel of Brent crude oil fell below $30 (£21) last month, a spectacular drop from the $100–120 level held from 2012 to mid-2014. The oil industry is suffering as a result, with companies announcing sharp falls in profits and extensive job cuts. For petrochemicals though, it’s a mixed bag. 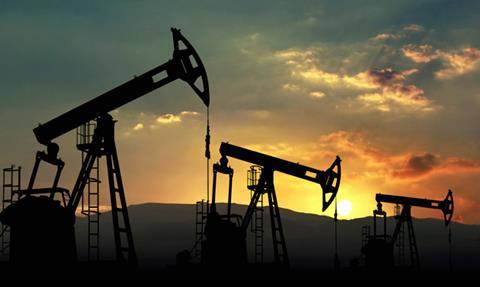 ‘The whole basket of petrochemicals generally will sell at a lower price in an environment where oil prices are low,’ says Mark Porter, petrochemical analyst at Bain & Company. But the big impact has been to narrow cost advantages US petrochemical players had over competitors in Europe. It has also led them to row back on plans for new cracker plants, producing basics such as ethylene, propylene and other light hydrocarbons (including ‘mixed C4’).

Europe relies on cracking naphtha, from crude oil, into ethylene and other precursor petrochemicals, while US producers have access to far cheaper ethylene derived from shale ethane. Around 50–70% of the cost of polyethylene is in the raw material, at least for marginal producers. But it’s a global market, with prices set by marginal, high-cost producers. So as oil (and hence naphtha-derived ethylene) prices drop, European producers can maintain or increase their profit margins, even at lower polyethylene prices. But the lower prices eat into the (admittedly larger) profit margins of US producers.

‘For US polyethylene producers, every $10 drop per barrel of oil reduces their profits by $100 a tonne. For a mid-sized US producer making 2 million tonnes a year, this hits their bottom line by around $200 million,’ Porter explains. Ethylene production costs were 4 times higher in Europe than in the US in 2013, but now are around twice as high. But despite lower margins, US facilities remain profitable, and it still makes economic sense to ship ethane to Europe for ethylene production, as Ineos intends to.

The sharp dip in oil price is also impacting the market in other ways. It has made the economics of petroleum substitutes far less attractive, including bio-based chemicals, but also battery chemicals. And it is causing companies to rethink their strategies, according to Porter.

The oil situation may remain volatile for some time yet. Some companies have pursued pure-play strategies, focusing on narrow sets of chemicals. But there is value to diversification in a volatile world, says Porter, as profits move up and down the value chain. ‘There will also be a lot more emphasis on back to basics: reducing costs and improving operational performance,’ he adds.

Several projects are being put on ice or cancelled. Axiall opted last year to postpone a decision on a big integrated cracker complex in Louisiana, and Sasol delayed a natural gas-to-diesel plant in the US. Still, North America remains an attractive place to produce chemicals.

Other byproducts and derivatives of crude oil refining are also impacted by oil price, but often in complex ways. ‘Benzene has always been in tight supply in the US,’ says James Ray, market consultant at ICIS. When you crack naphtha, for every tonne of ethylene you also get a tonne of by-products, including benzene, he explains. The more efficient cracking of ethane from shale gas yields very little benzene, which the US needs for its styrene industry.

‘There is a pretty high correlation between the price of oil and benzene,’ says Ray. At the same time, refinery operators will choose grades of crude oil and run their refineries in ways that could produce less or more benzene. ‘A refinery might choose to make as much diesel as possible. In that situation too much benzene may be produced and so benzene margins crash,’ explains Porter.

The further a petrochemical is from crude, the less the impact from oil price. For speciality chemicals, crude might influence only 10% of the cost. Examples include speciality coatings, paints and adhesives; chemicals for personal care products; and pharmaceutical intermediates. ‘Many speciality chemicals are quite differentiated in their own right,’ adds Porter. ‘Producers negotiate a price with their customers based on the value of the chemical, not what it costs to produce.’ A Bain report last year noted agrochemicals could take a year to see downstream impacts.

Butadiene is another important chemical usually made from cracking naphtha. Combined with styrene (derived from benzene) and other ingredients, it is used to make synthetic rubber. Butadiene’s price is influenced by oil and gas prices, but the relationship is complex. ‘The volatility in oil markets causes volatility in butadiene, and therefore big volatility in the price of rubber, but it is not as simple as high oil prices causing high rubber prices,’ says Porter.

Whether oil prices of $30–40 per barrel are here to stay for the next few years is contentious. The Organization of the Petroleum Exporting Countries’ (OPEC) decision in 2014 not to reduce production was seen by many analysts as a move to put pressure on US shale oil producers. They proved surprisingly resilient though, boosting efficiency and lowering costs. US production broke OPEC’s grip on price and the Saudi Arabian decision is simply good business, says Ray: ‘They are the low-cost producer. Why should they cut back and lose market share? Their extraction costs are around $20–30, compared to $30–50 for shale oil.’ 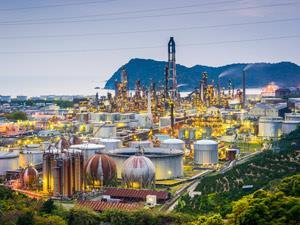 ‘The supply and demand situation was coming for two or three years, but the market price wasn’t responding,’ says Ray. Oversupply persisted for two years, filling up storage facilities. More than 100 million barrels of oil lie unused in tankers at sea around the world, with storage facilities close to capacity. ‘Oil would likely be $50– 60 if they hadn’t let the inventory build,’ says Ray, who stresses the importance of sentiment in oil prices.

But others see the correction as predictable. ‘Why would anyone pay more money for oil than gas, yet there was a widespread belief that this situation would remain,’ says Paul Hodges, chairman of International eChem. He says the Saudi approach is rational: ‘We are moving away from oil towards renewables and gas. The Saudis know oil will be left in the ground, just like coal.’ The average long-term oil price since 1861 is around $30 per barrel (adjusting for inflation), he adds, and demographic changes will underpin a lower oil price for the medium term.

Hodges is skeptical production will be cut back unless prices fall further. ‘If prices fall, you need to sell more, not less.’ Still, shale oil wells can deplete 35% of their oil in the first year and they are in a better position to pause and restart than deep-water drilling. Operators in the North Sea may shutter deep-water platforms, which are difficult to restart, and Canadian tar sands will struggle to make a profit at current prices, say analysts.

Saudi Arabia has expanded its petrochemicals business. ‘They’ve decided that just selling oil is not the way to go and are trying to create jobs and generate higher value products,’ says Ray. Two of its largest petrochemical projects are coming online this year. A Petro Rabigh expansion will add 12 new products to the Saudi market, and a $20 billion Sadara joint venture – between Saudi Aramco and Dow Chemical – will use naphtha as a feedstock to make products never before produced in the Middle East.

‘The US has built up 10 million tonnes per year of new ethylene capacity, aimed at Asia, but Asia isn’t going to need it,’ Hodges predicts. China’s petrochemical capacity is also predicted to grow significantly over the next couple of years, boosting its self-sufficiency in ethylene, propylene, polyethylene and polypropylene. ‘Growth in Saudi petrochemicals capacity will come at a time when China – Saudi Arabia’s key export market – is ramping up its own capacity, including a total of 3 million tonnes per year of ethylene,’ BMI Research said in a recent report.