A personal rotating cup bioaerosol sampler, the CIP 10-M, for measuring human exposure to microbiological agents in the air has been developed.

A personal bioaerosol sampler, the CIP 10-M, capable of measuring a worker’s exposure to biological agents in the air has been developed by scientists in France.

Peter G?rner and colleagues at the National Research Institute on Occupational Safety and Health have adapted the well known CIP 10 aerosol sampler to sample bioaersols. 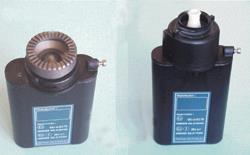 Exposure to airborne microorganisms such as bacteria and fungi is of concern in a number of workplaces ranging from hospitals to solid waste treatment plants.

In the CIP 10-M sampler, organisms are collected on a liquid that is maintained in a rotating cup. The liquid is then recovered for later cultivation and bioanalysis.

"The sampler is battery operated, compact and easy to transport, assemble and clean."

This method for sampling overcomes some of the problems associated with conventional bioaerosol sampling methods. The moving liquid in the rotating cup sampler prevents desiccation of the organisms and saturation of the collection surface and also limits the mechanical stress put on the microorganisms.

The sampler is battery operated, compact, easy to transport, assemble and clean. It has so far been tested in a number of workplaces for measuring bacteria, fungi and endotoxins. At the moment there are few bioaerosol sampling methods for personal sampling and so the CIP 10-M is a welcome development in this field.