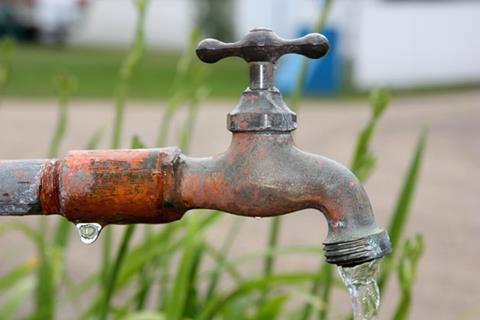 Approximately 57 million people worldwide encounter As(III) concentrations exceeding the World Health Organization (WHO) recommended maximum of 10µg/L on a regular basis. Chronic exposure to this well known carcinogen and poison, which binds to proteins and impairs cell function, is one of the largest environmental health disasters in the world. Finding a portable, easy-to-use method to measure levels of this most toxic form of arsenic in drinking water is therefore vital.

Now, Elizabeth Hall and her group from the University of Cambridge have adapted an algorithm, first developed by scientists in Algeria and the UK2 for identifying cancer from skin images on a smartphone, to detect As(III) in water.

Discriminating As(III) from other metal ions lurking in groundwater is key to their success. Cu(II) is the main obstacle as it binds in a similar matter to As(III), which has hindered previous detection methods. Hall’s group have overcome this by designing a dual quantum dot system comprising both As(III)/Cu(II) selective quantum dots and Cu(II) selective reference quantum dots that can be added to water samples. Using different red, green and blue (RGB) channels, a phone camera can process fluorescence data from the two quantum dots separately, enabling a Cu2+ baseline measurement to be subtracted from the overall measurement. ‘Designing the quantum dots to produce a self-referencing system for an algorithm was the most challenging part of the work,’ comments Hall.

Seamus Higson, a biotechnology expert from Cranfield University, is impressed by the opportunity for ‘in the field’ analysis. ‘For the first time detection of As3+ beneath the WHO limit has been feasible with a mobile phone, and with more than 100 million people – equivalent to around 1.5 times the population of the UK – at risk, this has significance in its own right.’