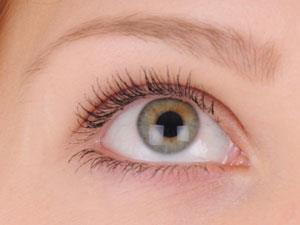 An injectable nanocomposite gel for replacing the eye lens could eliminate the need for complicated cataract surgery, say Japanese and Danish researchers.

Cataracts are caused by optical defects of the natural lens that develop with age and can lead to increasingly blurred vision and blindness. Currently, plastic lenses can be used to surgically replace the natural lens but they are not a perfect replacement, for example they tend to be monofocal, limiting the eye’s ability to focus outside a set range. They are also not a proper fit, which can cause problems such as misalignment.

At Kyushu University, Fukuoka, and Nara Medical University, Nara, Masahiko Annaka and his team, in collaboration with colleagues at the University of Copenhagen, developed a nanocomposite material that is injected into the capsular bag left behind once the affected lens has been removed.

The nanocomposite – an aqueous suspension of silica nanoparticles that also contains hydrophobically-modified polyethylene glycol – fills the capsular bag and then sets into a gel at body temperature, fitting the cavity snugly and eliminating the need for complicated surgery.

‘With monofocal lenses, you need to choose your focus: very distant or very near,’ explains Annaka. ‘In our case, the gel itself accommodates focus on the retina.’

Although injectable lenses have been explored before, previous attempts involved injecting a monomer solution, which then polymerised in situ. This raised concerns about the toxicity of unreacted monomer and the lengthy polymerisation process resulting in leakage of the monomer.

John Hunt, an expert in biomaterials at the University of Liverpool, UK, is very impressed and says the work has a lot of potential. ‘Injectable gels that solidify and form a viable structure in the body are very exciting and that is exactly where we want to be,’ he says. ‘At the level we’re at, [this work] is very exciting.’ However, he stresses that more in vivo study is needed, particularly to look at the longevity of the lens.

Annaka agrees that stability of his physically cross-linked gel is an issue. In addition to longer trials, he is also investigating more stable gels that chemically cross-link as they are injected into the eye.