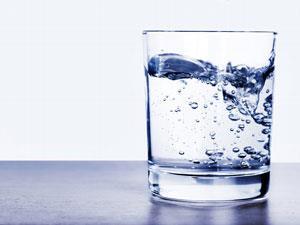 Scientists in the Netherlands have developed and tested a new method that uses Raman spectroscopy to quickly identify harmful bacteria in drinking water. This could prevent contaminated drinking water from making people ill by detecting deadly bacteria before it ever reaches the tap.

Many of the standard methods used to test water quality rely on selective plating and enzyme activity tests which take a long time to get results. ‘The bottleneck between collection and results is because microbes need time to grow, or nucleic acids need time to be processed,’ says Jack van de Vossenberg, from the KWR Watercycle Research Institute, who led the research.

‘Currently, all drinking water is consumed before results of microbial tests are analysed,’ notes van de Vossenberg. Raman spectroscopy could be the answer to this problem. It delivers results quickly, does not require a highly skilled operator and no additional chemicals need to be added. A Raman spectrum gathered from a particular microorganism is unique, combining the spectra of all the molecules making up that microorganism.

Van de Vossenberg’s team tested their technique using water containing different strains of Escherichia coli and Legionella. They showed that their Raman method was powerful enough to discriminate between strains of these organisms under different environmental conditions.

Lingbo Kong, who studies biomedical optics at East Carolina University, US, finds the work interesting and comments that there is a growing emphasis on using Raman techniques to obtain highly specific and reproducible molecular signatures of microbial cells for the purpose of cell classification and identification. ‘The capability to identify waterborne bacteria with Raman spectroscopy in this research provides insightful indicators of bacterial species and strains,’ he adds.

This method is seen as the first step for developing an on-line method to inspect for waterborne bacteria. The team points out that the technology could also be adapted for food and pharmaceutical testing, as well as biomedical monitoring.