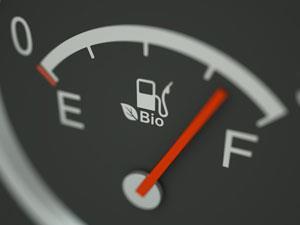 Scientists in the US have designed a synthetic pathway for glycolysis that cuts carbon loss and could significantly boost production of biofuels and other chemicals in bio-refineries.

Carbon loss occurs in glycolysis when sugars are split to produce pyruvate. When glucose is converted into ethanol or another type of biofuel just four of its six carbons are incorporated, with two carbons lost as CO2. The new glycolysis pathway avoids such waste and could boost yields of biofuels or chemical precursors from microbes or plants by as much as 50%.

‘Previously, everybody thought it was not possible to conserve all the carbons in biofuel production because of glycolysis, which intrinsically loses carbons in the pathway, but now we have solved this problem,’ says James Liao, lead author and metabolic engineer at the University of California, Los Angeles.

Glycolysis splits sugars into pyruvate, which is decarboxylated to produce acetyl-coenzyme A (acetyl-coA) for the biosynthesis of fatty acids, amino acids, isoprenoids and other chemicals. This decarboxylation step is where the carbon is lost to the organism.

Theoretically this new non-oxidative glycolysis (NOG) pathway could be used by any organism. Also, ‘because acetyl-coA is an almost universal precursor of all chemicals and fuels, you can use it to make butanol, acetate, ethanol or any fatty acid’, says Liao.

Liao engineered this NOG pathway into Escherichia coli and when they were fed on glucose, they generated two ATP and three acetate molecules per glucose, but no reducing equivalents. The electrons from glycolysis are normally used to reduce other compounds and so build various biosynthetic intermediates. To compensate, Liao notes that in many cases additional reducing power must be added as hydrogen or formic acid, but this should prove more cost effective than losing carbons.

David Fell, a biochemist at Oxford Brooks University in the UK, is sceptical of how useful the new pathway will be as acetate formation is central to it. ‘Acetate will acidify the medium and is not, therefore, sustainable for long,’ he observes. ‘Once acetate has been formed, it can’t readily be used for synthesis of anything else without being turned back to acetyl CoA, which takes an ATP, so acetate formation is potentially loss of carbon from the system.’

Bas Teusink, a systems biologist at the Kluyver Centre for Genomics of Industrial Fermentation in the Netherlands, says that ‘the idea is clever and it is amazing that it actually seems to work’. ‘If this pathway has been optimised and turns out to be able to run at appreciable productivities,’ Teusink adds, ‘it could have quite an impact.’ He describes suggestions about Rubisco in the paper as intriguing; if less CO2 is lost, less needs to be fixed by the enzyme in plants, algae and cyanobacteria, and ‘that should surely boost productivity’, says Teusink.

Teusink does adds some provisos, however. ‘One should be careful because if this is superior, why did nature not invent it? How robust can the pathway be and what are the trade-offs with other functionalities?’

Liao says with the right funding the pathway might make it into industry in under five years. ‘The pathway is not difficult to implement. It doesn’t involve any difficult enzymes and there are no difficult challenges lying ahead,’ he says.