An extract from brown algae could give rechargeable lithium-ion batteries a boost by allowing silicon nanopowder to be used as a high-capacity alternative to graphite electrodes.

Lithium-ion batteries are ubiquitous in portable gadgets, such as laptops and mobile phones because they are relatively lightweight and recharge rapidly. However, energy-storage capacity and cycle-life are limited. As such, researchers have experimented with alternatives to graphite, such as silicon, for the anode, as their capacity could be an order of magnitude higher. Unfortunately, silicon electrodes degrade rapidly with repeat charge cycles. 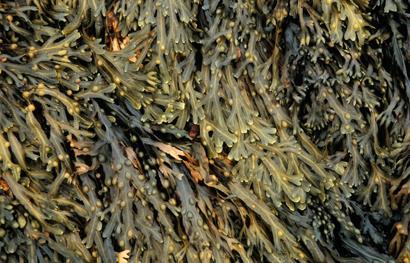 Polymer binders might act as stabilisers, especially if they contain multiple carboxy groups. Gleb Yushin of Georgia Institute of Technology, US, points out that these polymers require conductive carbon additives and have to be used in very large quantities. ’This lowers the attractiveness of this technology,’ he adds.

Now, Yushin and colleagues have demonstrated that a natural polysaccharide, extracted from oceanic brown algae - seaweed - can be mixed with a silicon nanopowder to form a stable battery anode. The algal anode has a reversible charging capacity eight times greater than even the best available graphite-based anodes. The alginate binder improves electrode integrity and protects the surface of silicon particles from degradation.

’Water-soluble alginates are uniquely qualified for this job,’ says Yushin. ’So, we were quite surprised not to find any reports of their use as electrode binders for batteries.’ He adds that inexpensive alginates are widely used in the pharmaceutical, biotech and food industries and so are readily available. Yushin says it may be possible to engineer a system to incorporate electrochemically active nanoparticles into algae, or other aquatic plants, to directly grow stable battery electrodes.

John Owen of the University of Southampton says this work should be viewed in the context of other efforts to ’decorate’ silicon for anodes. ’There are many reports of silicon nanopowders cycling well with carboxymethyl cellulose (CMC) as a binder,’ he says, ’so I see nothing special about algae.’

Mino Green of Imperial College London points out that battery energy density, the capacity per unit weight or volume, remains an important issue in enhancing lithium-ion batteries. ’Improving the anode capacity alone only gives a limited battery capacity improvement, because there is still the unimproved cathode that is heavy and bulky,’ he says. Significantly, such an improvement ’does not address the important matter of cycle life, especially where binders are concerned.’