The Japan Proton Accelerator Research Complex (J-PARC), based in Tokai, was supposed to be one of the leading facilities of its kind, allowing an unprecedented view of microstructures in the life and physical sciences. But when the $1.5 billion (?1 billion) facility opened in 2009, it was missing something important: helium-3, a neutron-detector material. Thanks to a global shortage, which came to light the year before, availability of helium-3 has plummeted while prices have skyrocketed. 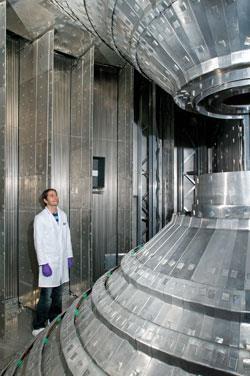 Faced with such a massive shortfall, J-PARC, together with more than a dozen other neutron-scattering facilities all over the world, is now investigating alternatives to helium-3 neutron detectors. And they’re not the only ones. Government agencies are also in on the search, because border security devices have traditionally used helium-3 to detect the transport of illicit, neutron-emitting radioactive material. But with helium-3 reserves eroding rapidly, the question is whether these alternatives will arrive soon enough and whether they can help all helium-3 users.

Helium-3 is made up of two protons and one neutron and the isotope is rarely found in nature, although it is produced as a decay product of tritium, a component of nuclear weapons. During the cold war, the US, Russia and other countries stockpiled tens of thousands of nuclear weapons, and in doing so accumulated vast amounts of helium-3. Initially, this resource was barely tapped - in fact the National Nuclear Security Administration (NNSA) and its predecessor agencies, which have maintained the US tritium stockpile, used to consider the gas so useless that they vented it into the atmosphere. In the 1980s, however, scientists began to realise the potential of helium-3 as a neutron detector.

Demand for helium-3 rose sharply after the 11 September attacks in the US in 2001, when security agencies began to systematically install neutron detectors at ports and border crossings. In 2008, the US used almost 80,000 litres of the gas - more than half of its existing stock - prompting a minor crisis. The next year, US National Security Staff (NSS) set up an interagency policy committee to address the shortage and restrict the distribution of remaining supplies. As a result, prices everywhere shot up 10-fold or more.

The search for alternative detector materials is expected to reduce demand for helium-3, but choice is limited. Neutrons cannot be detected directly - they

can only effect changes in absorber materials, which subsequently create signals for detection. Helium-3 does this via a nuclear reaction, absorbing neutrons to produce charged tritium and a proton, which go on to produce a charge cloud that can be detected electronically. The only other material that performs this proportional detection almost as well is boron, either on its own (boron-10) or in boron trifluoride (BF3). Another option is a scintillating material, such as lithium-6, which emits light when neutrons create charged particles.

Border security looks like it will be first to find a replacement for helium-3 neutron detectors. In December, according to NNSA senior advisor Joe Glaser, the US federal register closed a request for companies to provide technical and commercial equipment so that there could be a final test for radiation portal monitors - those used to scan vehicles and cargo for radioactive material - based on boron-10, BF3 and lithium-6. That means the US

Department of Homeland Security, the agency responsible for security detectors within the US, is probably going

to make a final decision before the end of winter, he says.

The most likely choice will be boron-10. It has been shown to have a fairly high neutron-detection efficiency and, in an analysis by the US Government Accountability Office, it received the highest score for ’technology readiness level’ - 7 out of 9, as opposed to 6 for lithium-6 and 5 for BF3. ’We believe we’ve cracked the portal monitors, which were the really large gas-guzzlers,’ says Julie Bentz of the NSS.

The search hasn’t been so straightforward for scientific applications, however. Whereas security detectors need only to record the number of emitted neutrons, scientific instruments need to record the angle at which neutrons have scattered through a sample and, in some cases, the energy change in the process. Such abilities require neutron detectors to be very efficient, while inexpensive enough for science facilities.

To satisfy these requirements, the international collaboration of neutron-scattering facilities, including J-PARC in Japan, are now investigating the available technologies. Michael McGreevy of the neutron sciences directorate at Oak Ridge Laboratory in the US, home to the Spallation Neutron Source (SNS), says it will be a few years until the collaboration knows which technology come close enough to helium-3’s benchmark. ’None of these technologies are going to give you helium-3’s performance at what was a helium-3 price,’ he adds. ’You have to accept that whatever you get in the future, it’s not going to be as good as what you got in the past.’ 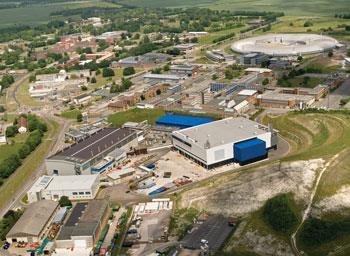 For some neutron-scattering facilities, the wait for alternatives won’t prove much of a problem. The SNS has easy access to US reserves of helium-3, while the ISIS pulsed neutron source at Rutherford Appleton Laboratory in the UK happened to buy 7500 litres of the gas for its new LET spectrometer in 2008, just before the shortage hit. J-PARC was less lucky and now sits with its detectors only partially filled. Meanwhile, the European Spallation Source, soon to be constructed in Lund, Sweden, is banking on an alternative technology becoming available for its planned opening in 2019. 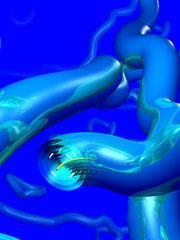 A model of quantum turbulence in helium-3. Basic research into the gas is under threat too

But at least neutron-scattering facilities have alternatives. In research areas that rely on cryogenics, mixing helium-3 and helium-4 in a dilution refrigerator is almost the only option for reaching temperatures of a few millikelvin. Samples can be cooled electronically or magnetically instead, but these methods have only a fraction of the cooling power, so extract heat much more slowly.

Michael Cuthbert, the business group manager for ultra low-temperature products at Oxford Instruments, UK, says his company has reduced the amount of helium-3 in its manufactured dilution refrigerators by a third, to keep costs down. It has also been advising customers on how to recycle helium-3 in old equipment. ’At the moment we’re not experiencing any limitation in supply,’ Cuthbert says. ’What we are seeing is increasingly high prices.’

Currently, the price of helium-3 in the UK is about ?1600 per litre, Cuthbert says, as opposed to ?100 a few years ago. He says US scientists who are working on government-funded projects get a much better rate, because they do not have to buy on the open market. Ultimately, he says, most of the helium-3 comes from the US.

For many scientists who want to use helium-3, the future looks uncertain. Even if alternative neutron detectors eradicate most of the demand for helium-3 - security devices consumes 80% of the available helium-3 - supplies are finite and producing more tritium solely for helium-3 is not economically viable. Currently, the US is releasing 14,000 litres of the gas onto the market a year, while it is producing just 8000 to 10,000 litres a year.

Shaun Fisher, who studies some of the exotic properties of superfluid helium-3 at Lancaster University in the UK, says fundamental studies of the gas are also at risk. He was lucky to buy sufficient quantities of the gas for his research prior to the shortage, but he thinks it will be difficult for younger scientists to enter the field. ’It would be near impossible for a new group to start doing helium-3 research, because they wouldn’t be able to get enough helium-3,’ he says. ’It would be too expensive to even contemplate.’

There are three main alternatives to helium-3 in neutron detectors: boron-10 and BF3, which detect absorbed neutrons electronically via the resultant charge emission, and lithium-6, which detects absorbed neutrons via scintillated light. Each has its pros and cons, which is why scientists are keen to develop them all.

BF3 was commonly used 30 years ago for neutron detection, before helium-3 was found to be superior, so its potential is already largely known. Its main drawback is its toxicity, which makes it less attractive from a health and safety point of view, particularly now that neutron-scattering facilities want detectors to be much bigger than ever before. Single BF3 detector tubes are roughly 30-50% as efficient as helium-3 ones, although efficiency can be significantly improved by stacking tubes.

Boron-10 is technically worse at neutron detection than BF3, but like BF3 its efficiency can be improved by stacking. However, it is also more expensive. On the other hand it is non-toxic, which has reassured agencies seeking alternatives for border security.

Scintillating materials like lithium-6 have already been used at neutron-scattering facilities within diffractometers, which provide information on the structure of a sample. The problem facing R&D teams is whether lithium-6 can also be used in spectrometers, which provide information about dynamic processes at the atomic level and which require much greater detection efficiency. For security agencies, there are also concerns that lithium-6 scintillators may be too expensive and not sensitive enough.

There are other options besides these three, although they are less developed. One example is a semiconductor device based on boron triselenide which, although unsuitable for larger ’portal’ monitors, may yet find a use as a portable detector. 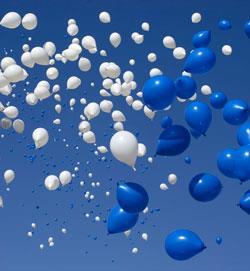 US demands inquiry into isotope management