Not to be confused with unfractionated heparin - which is acquired mainly from the intestinal lining of pigs and, having more clinical uses, has a much higher demand - ULMWH is a purely synthetic short chain form. At present, the only commercial ULMWH is Arixtra owned by GlaxoSmithKline, which is synthesised using a lengthy chemical procedure. 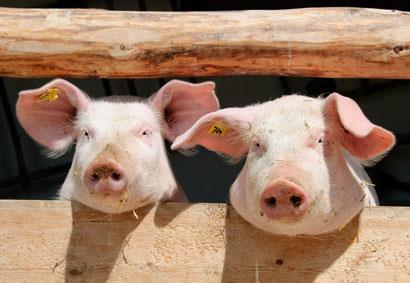 Now, a new chemoenzymatic process developed by labs led by Robert Linhardt at the Rensselaer Polytechnic Institute, New York, and Jian Liu at the University of North Carolina, could present some competition. Their approach can produce two homogeneous ULMW heparins in far fewer steps with much higher yields and purity, which the team says could reduce production costs.

’Since our method is faster and simpler than standard chemical synthesis we can also explore many new structures allowing us to improve on and expand on the current properties of ULMWHs,’ says Linhardt. ’Arixtra has a long half-life based on its size and its structure. We hope to make a variety of ULMWHs with different half-lives making these agents useful in more clinical situations. Arixtra is not reversible so we are also looking at strategies to make reversible ULMWHs.’

The process uses Escherichia coli derived enzymes to construct a short oligosaccharide backbone from uridine diphosphate sugars. This backbone is then modified with epimerase and sulfotransferases to obtain a single pure oligosaccharide that is an analogue of Arixta. Following in vitro tests on rabbits the team found their ULMWH had comparable pharmacological properties to those of Arixta.

’This approach is, in my opinion, the best and most practical way of making certain types of short-chain heparins on large scales,’ says Chi-Huey Wong, who researches chemoenzymatic synthesis at Scripps Research Institute in La Jolla, California. ’Especially when coupled with regeneration of the cofactors PAPS and sugar nucleotides required for the reactions to reduce their cost and eliminate the problems of inhibition.’

The team hope this work could aid their research towards a synthetic alternative for pig derived heparin, which uses fermentation instead of expensive UDP-sugars. ’We believe that our success in using our chemoenzymatic process to prepare our ULMWH, representing a relatively small market of less than $1 billion, bodes well for our future success in preparing a bioengineered heparin as a generic substitute for pig intestinal heparin, which represents a very large market of around $7 billion,’ Linhardt says.