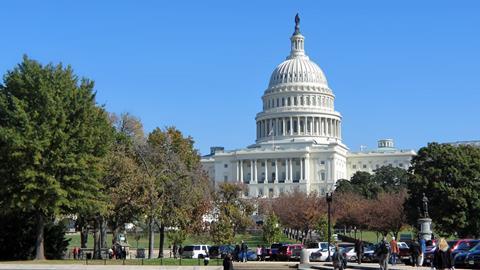 America’s science community was relieved to narrowly dodge massive cuts to the National Institutes of Health (NIH) and the National Science Foundation (NSF) that were proposed by the White House. However, significant concern remains about how the nation’s research agencies and programmes will fare under the 2019 spending plan released by the Trump administration on 12 February.

The president originally sought to shrink the NIH budget for 2019 by $9.2 billion (£6.7 billion) – a reduction of almost 28%. He had also intended to slash NSF funding by $2.2 billion – nearly 30%. Overall, Trump would have included in his spending plan a cut of more than 20% for basic science, according to an analysis by the American Association for the Advancement of Science (AAAS).

’It is not an optimistic starting point, but it is not a terrible one either’

However, the White House reversed those planned reductions at the last minute, after Congress reached a bipartisan budget deal that raised funding for non-defence spending, including science agencies, by $131 billion for the next two years – the largest increase to non-defence discretionary spending in a decade. That agreement, which Trump signed on the morning of 9 February, also included an extra $2 billion for the NIH in 2018 and 2019.

It was the fifth short-term funding measure that Congress had passed for 2018, following the second time in a month that the federal government had to shut down due to Congress’ failure to pass permanent appropriations. The previous funding measure that kept agencies going expired on 8 February, and the new one extended to 23 March. By that deadline, Congress will have to pass an omnibus appropriations bill to get through the rest of the financial year, which ends on 30 September.

‘We dodged a bullet, but we have to await and see how it all plays out in the coming weeks and months,’ says Michael Lubell, a physicist at the City College of New York and a former spokesman for the American Physical Society. ‘It is not an optimistic starting point, but it is not a terrible one either.’

Meanwhile, Trump’s brand new budget proposal for 2019 honours the spending levels for non-defence discretionary funding contained in that congressional budget deal. Therefore, the budgets requested for the NIH and NSF are the same as those in 2017.

A window into Trump’s priorities

Nevertheless, the president’s original budget – cuts and all – ‘serves as a window’ into his priorities, said Benjamin Corb, a spokesman for the American Society for Biochemistry and Molecular Biology.

One of those priorities was closing a number of government agencies. The Advanced Research Projects Agency-Energy (Arpa-E) – tasked with supporting advanced energy R&D – was again targeted for elimination, as was climate research at the Environmental Protection Agency and five of Nasa’s earth science missions. The Chemical Safety Board (CSB), which investigates chemical accidents, was again slated for closure. The chairwoman of the embattled CSB, Vanessa Sutherland, had expressed cautious optimism in August 2017 that Congress would save her agency from the chopping block. For now, it seems that the CSB has its reprieve.

Corb said that the administration’s budget proposal ‘shows that the president continues to fail to recognise the critical role that NIH- and NSF-funded research has played in saving the lives of millions of Americans, as well as countless soldiers, who are the beneficiaries of medical breakthroughs enabled by federal research grants’. He added: ‘Trump’s views on the importance of science funding are out of line with the needs of the nation’s biomedical researchers and out of line with the views of the populace he serves.’

The chief executive of the AAAS, physicist and former congressman Rush Holt, agrees. ‘If enacted, President Trump’s proposed budget for fiscal year 2019 would dismantle the science and technology enterprise in the United States,’ Holt said. ‘Thankfully, Congress effectively shelved this disastrous proposal before it was even released in passing a two-year budget agreement that raised caps for discretionary spending.’

Mary Sue Coleman, president of the Association of American Universities, is relieved the administration’s proposed budget did not pass. She said that the proposed budget would ‘cripple our nation’s position as a global science and technology leader and greatly erode the longstanding government-university partnership that supports our public health, national defence and economic competitiveness’.