The UK finally has a government - but what will the Tory-Lib Dem coalition mean for science?

After five days of negotiation, the UK finally has a new coalition government with a Conservative prime minister and Liberal Democrat deputy, but it remains to be seen what the implications for science will be. Many stalwarts of the Science and Technology Select Committee have retired, resigned or lost their seats, and the budget implications remain unclear as no one party’s manifesto will be fully implemented. 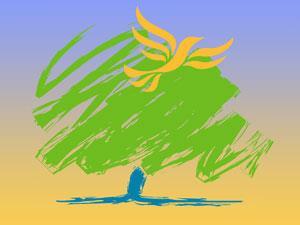 What will the combined Tory-Lib Dem government do for science?

Before the election, both the Tories and the Lib Dems were making positive noises about the importance of science to the future of the country. The UK’s Campaign for Science and Engineering (Case) put a number of questions to the party leaders ahead of the election, concerning science and engineering education, R&D, and its importance to both the economy and the government.

Highlights of David Cameron’s responses included a commitment to pay off the student loans of top science, technology, engineering and mathematics graduates going into teaching. R&D tax credits would be simplified and refocused on high-tech companies, small businesses and new start-ups. Research councils would be encouraged to work together to meet big scientific challenges such as climate change and the ageing population. He also said a Tory government would initiate a multi-year science and research budget to stabilise the investment climate for research councils, and postpone the proposed Research Excellence Framework by two years.

In his response, Lib Dem leader Nick Clegg said his party would try and ensure all GCSE science teachers had suitable science training, and would encourage them to remain in the profession. The science budget would be ring-fenced, and the libel laws reformed to prevent scientific debate being stifled.

Although the new minister of state for universities and science, David Willetts, is not a scientist himself - his Oxford degree is in philosophy, politics and economics - he has a background in education and, according to Case acting director Hilary Leevers, has a great interest in science. He gave a Case lecture in 2007, and she says it was very positive. ’He really appreciated the value of science way beyond just research and economic generation as a contributor to our culture. That is very promising for a minister who needs to convince his cabinet colleagues,’ she says.

Science minister is not a cabinet position, but Willetts will have a seat at the cabinet table. ’We think that’s vitally important,’ Leevers says. ’It means he can speak directly to secretaries of state for all departments, and make sure they understand the impact of their policies on science and engineering, and the importance of scientific advice. It’s also positive that science remains in the department for business, innovation and skills, and to have [Lib Dem] Vince Cable leading on that is a really good situation.’

However, there are a few new faces with a science and industry background. These include PhD chemist and University of Cambridge researcher Julian Huppert, now Lib Dem MP for Cambridge, Conservative MP for Mid Norfolk George Freeman, who runs his own medical technology business 4D Biomedical, and new Lib Dem MP for Redcar, Ian Swales, who has a chemical engineering degree and spent many years working for ICI in accountancy roles. The new Labour MP for Pontypridd, Owen Smith, previously worked in government relations at Pfizer.

Chemical Industries Association chief executive Steve Elliott says he is keen to meet the newly elected science teachers, engineers and those with a manufacturing background to see how they can work together to build the profile of science in the House of Commons. ’The reality is there are not enough MPs with science and engineering backgrounds, so there is a job to be done to ensure people understand why science budgets and investment in science teaching should be retained, the need for science, evidence-based decision making on technical issues, and the importance of making the UK a good place to do business for science based industries,’ he says. ’We also need to address why so few politicians have science backgrounds or careers in manufacturing prior to entering parliament.’