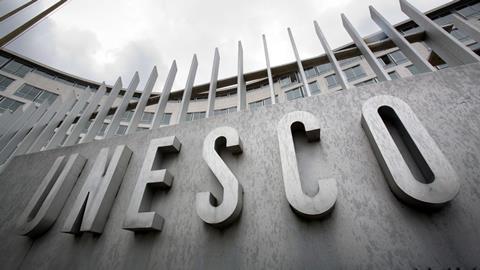 World comes together to back Unesco’s vision of open science

The first universal definition of ‘open science’ has been agreed by 193 countries under the United Nations Educational, Scientific and Cultural Organization (Unesco) umbrella. They have also agreed to abide by common standards, and adopted a roadmap to guide future developments.

The agreed definition makes reproducibility, transparency, sharing and collaboration core principles of science. Among other things, it states that open science should make multilingual scientific knowledge openly available, accessible and reusable for everyone beyond the traditional scientific community. It builds on the following key pillars: open scientific knowledge, open science infrastructure, science communication, open engagement of societal actors and open dialogue with other knowledge systems.

About 70% of scientific publications are locked behind paywalls, according to Unesco. Over the past two years, however, this proportion has dropped to about 30% for publications on Covid-19.

‘The Covid-19 pandemic has brought into focus how open science practices such as open access to scientific publications, the sharing of scientific data and collaboration beyond the scientific community can speed up research and strengthen the links between science policy and society,’ says Audrey Azoulay, Unesco director-general.

Jean-Claude Burgelman, professor of open science policy at the Free University of Brussels and former head of open science policy at the European commission, says that while Unesco recommendations are mainly symbolic, the announcement is very significant. ‘When [the EU] started the push for open science at the European commission in 2016, [the EU] were the first doing so in a coherent way,’ he points out. ‘Several countries were moving in the same direction too, but it was nowhere near a top level policy commitment. On the contrary, there still was a lot of resistance at that level, although gradually individual countries followed the EU example. Five years later – a record time – the Unesco supports more or less the same outcomes for open science policies as those advocated by the EU and the G7 in 2018. Which means that there is now global top level policy recognition for the validity of the goals of open science.’

Burgelman believes that the ‘massive sharing’ of scientific knowledge, data and publications related to Covid-19 was the tipping point for open science. ‘It demonstrated open science was possible, that it doesn’t hurt careers or innovation – as pharmaceutical companies continue to file patents – and that, most of all, it contributed to speeding up the knowledge process.’

The future is looking hopeful. ‘Change is coming already,’ Burgelman says. ‘There are, for example, open science clouds being set up around the world, and open access publishing is growing fast. In four years’ time [when countries need to report back] my guess is that most [of the points in the recommendation] will be achieved.’