If someone asked me what kind of chemist Paul Schleyer was, I’d have trouble answering. And judging by the obituaries and tributes that followed his death in November, I’m not the only one struggling to encapsulate and categorise his work. He has been called a physical organic chemist, but you really need to add a few more adjectives, such as inorganic, theoretical, synthetic, computational… until there’s little of chemistry left to exclude. 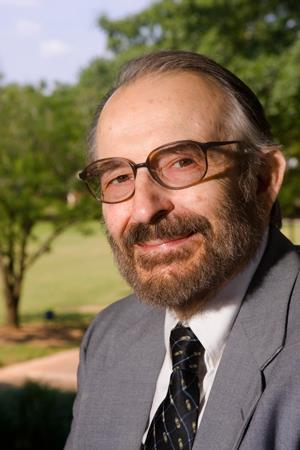 Maybe we should just say that he was a complete chemist. A 2010 symposium to mark Schleyer’s 80th birthday, held in Erlangen where he worked from 1976 to 1998, ranged from exotic applications of NMR to inorganic nanorods, molecular machines, hypervalent carbon and computational biology. He doubtless had insights to contribute to all of those presentations.

There was something about Schleyer’s eclecticism and range that spoke not only of the breadth of chemistry, but of its history – a sense of a deep connection to its roots as a modern science. Some of his earliest important work – a synthesis of adamantane, which he conducted at the age of 27 and which made this little fragment of the diamond framework affordable for convenient lab study – was an outgrowth of the synthesis devised by Vladimir Prelog, one of the legends of 20th century chemistry. As this work exemplified, Schleyer belied any notion of a distinction between chemists who make and chemists who think.

It’s intended as no slight to the arch-synthesist Robert Woodward that he needed to enlist the help of the young theorist Roald Hoffmann to put his vague ideas about bond-forming principles in the Diels–Alder reaction into what he called ‘respectable’ terms. But Schleyer was as immersed in theory as he was in experiment. His was not the chemistry of micro-disciplinary distinctions, but of understanding both the how and the why: a complete chemistry.

Most of us will know Schleyer for his carbon chemistry. His interest in bicyclic and strained carbon frameworks inevitably plunged him into the notorious non-classical ion controversy, which for some protagonists took on the aspect of a ‘holy war’. Could carbocations really contain bonds in which the electrons are delocalised between three carbon atoms, with the positive charge smeared between them, as Saul Winstein maintained? Or was this an unnecessary and faddish idea with a much more conventional explanation, as Nobel laureate Herbert Brown insisted? The arguments during the 1960s and 70s were sometimes intemperate – but not when Brown debated with Schleyer (who sided with Winstein). For with him these matters could be settled with calm, meticulous discussion, which he conducted with Brown in person.

Such interests brought Schleyer into contact with George Olah, a future Nobel laureate, who managed (in the face of much scepticism) to isolate a relatively stable carbocation and verify its non-classical structure. The debate also showed the importance of having reliable methods for computing electronic structures of molecules, for which Schleyer was a tireless advocate. He allegedly left Princeton University in 1976 because of its bureaucracy and over-charging for computer time, and established Erlangen as a haven for those who wanted to work in this new field. His theoretical work involved collaborations with John Pople, who won a Nobel for pioneering quantum-chemical methods.

You can’t help wondering how anyone mixing in such company failed to gather a Nobel themselves. Schleyer will surely join the ranks of those considered to have been overlooked by Stockholm, but it’s not clear that such recognition could have added much to the esteem he was afforded by his peers. Many testimonials not only rate him among the true greats (‘a titan among modern chemists’ according to Peter Stang at Utah, editor of the Journal of the American Chemical Society) but also speak of his passion, energy and kindness: qualities of a rounded human being. Princeton emeritus Kurt Mislow captures his spirit most adeptly: he combined a fierce ‘adherence to the integrity of the scientific process’ with a ‘playful, high-spirited, good-natured and exuberant personality’.

The wider question is whether the likes of Schleyer, with such breadth and imagination, are a vanishing breed. Of course, that can easily become an empty lament for the good old days, but it seems fair to ask if the pressure on young researchers today to narrow their interests in order to make an impact as soon as possible leaves room for generalists. Far from inhibiting his productivity – he published over 1000 papers – Schleyer’s wide range probably encouraged it: he had the vision to find interesting questions. What seemed to matter most was that he saw a unity in chemistry: a unity perhaps crystallised around the idea of bonding. That unity needs to be respected and celebrated.