Do chemistry and alchemy have a common ancestor, or are they separated by science, asks Philip Ball 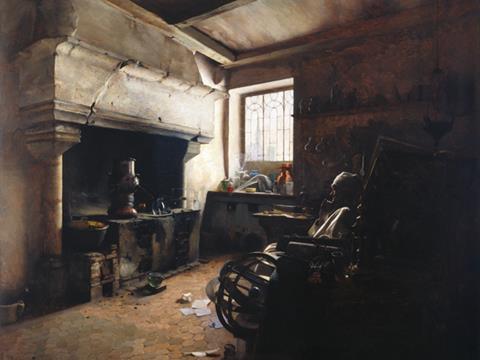 Why did alchemy die out after the 17th century? It was becoming somewhat disreputable even while Isaac Newton and Robert Boyle, two of the leading scientists (to permit an anachronistic label) of their age, were enthusiastically but somewhat surreptitiously practising it. In the early 18th century, editors of both men’s works – Peter Shaw for Boyle, Roger Cotes for Newton – tried to protect their subjects’ reputations by quietly expunging all traces of ‘esoteric’ interests such as alchemy.

In his 1668 book Plus ultra, the proselytiser of the Royal Society Joseph Glanvill left no doubt about the ‘modern’ view of the alchemical quest, which was ‘very phantasick, unintelligible, and delusive’. He explained that the fellows of the Royal Society ‘have laid aside the Chrysopoietick [gold-making], the delusory Designs and vain Transmutations … Magical Charms, and superstitious Suggestions’ of yore, and made ‘chymistry’ honest, sober and intelligible.

How do we reconcile this attitude with Boyle and Newton’s covert pursuits, given the astuteness towards evidence they generally show in other contexts? Fortunately, we’re no longer obliged to impute to them split personalities: on the one hand sober and rational and on the other mystical and credulous. The answer surely lies not with the character traits of these two very different individuals, but with a shift in the general climate within which natural philosophy occurred. But a shift how?

Some recent historians of chemistry have argued that the question is more complex than has been supposed. It’s not that something called alchemy was replaced by something that prefigured Antoine Lavoisier’s chemistry. Lawrence Principe, for instance, has pointed out that alchemy ‘had many flavours and nuances’.1 In particular, alchemy was often used as a catch-all term for any chemical transformation; not just making gold, but making paints, dyes and soaps.2

Following Paracelsus in the 16th century, making medicines was also a strong component, and this ‘iatrochemistry’ was gradually stripped of Paracelsian mysticism and turned into a respectable art – if a controversial one, because it entailed a new and ultimately superior vision of what medicine is. So there is a case to be made that at least some alchemy didn’t die out at all, but just became a true and pragmatic science, shedding useless exotica and cryptic terminology in the process. There is certainly a clear evolution between the three Paracelsian ‘principles’ (sulfur, salt, mercury) and the phlogiston theory that looked more like a proto-chemical idea.

I anticipate that historians of chemistry who favour this view – and I think it has much to recommend it – aren’t going to be terribly keen on the different one advanced by David Wootton at the University of York in his dense and magisterial new account of the so-called scientific revolution, The invention of science. Wootton considers alchemy solely as a gold-making enterprise, and argues that it lost its appeal once early chemists ceased to think of chemical combination as transmutation.

But more important, in Wootton’s view, was a change in the culture of science. For alchemists, including Boyle and Newton, the work was done in secret and passed only between adepts. But at the same time, learned societies throughout Europe were cultivating the principle that sound science needed to be made public and scrutinised by a wide network of peers. ‘What marks out modern science is not the conduct of experiments,’ Wootton writes, ‘but the formation of a critical community capable of assessing discoveries and replicating results.’ A clandestine enterprise like alchemy could never survive in that situation.

If we accept Wootton’s (overly) restrictive view of alchemy, I think there is something in what he says. The obscurity of some alchemical writing is something that Boyle himself complains of in The sceptical chymist, although it can’t be said that he always practised what he preached. But if Wootton is sticking his neck out here, that’s nothing compared with what else The invention of science has in its sights.

Simply by invoking the scientific revolution, Wootton sets himself against a prevailing view in the history of science, which was famously expounded in the opening of Steven Shapin’s The scientific revolution: ‘There is no such thing as the scientific revolution, and this is a book about it’. This revisionism is, in truth, a little overblown: Wootton’s real targets are the extreme ‘relativists’ who hold that scientific knowledge is purely a social construct and no more valid than any other belief system. I see no trace of that untenable position in the output of most historians of chemistry (or of science in general), and Wootton shares with them a determination to understand past thinkers in their own terms rather than those of modern science.

So even if Wootton’s reconsideration of alchemy might spark heated debate, The invention of science provides a thought-provoking perspective on a period that transformed chemistry.