A compact and convenient distillation aid 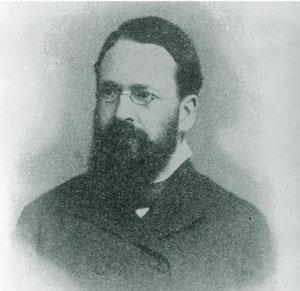 Insecurity is one of the greatest drivers of human invention. We all know people who seem cursed with a constant sense of incompleteness, of never quite fulfilling expectations, which some channel into a bulldozer-like ambition. Woe betide those who get in their way. But woe too, to those blown off course.

Richard Anschütz was born in Darmstadt, Germany, the son of an army officer. He had excellent science teachers, including the electrochemist Friedrich Kohlrausch. He went on to study in Heidelberg, where he chose organic chemistry under Rudolf Fittig. Impressed by the speed with which Anschütz learned the basics, Fittig gave him his first independent research project – investigating the chemistry of hydrosorbic (3-hexenoic) acid. In the winter of 1875, Theodor Zincke – the administrator at the Chemical Institute in Bonn – wrote to Fittig and others, inviting applications from promising young chemists to assist the great August Kekulé, perhaps the most ambitious chemist of the age.

Kekulé had recruited an outstanding team of chemists to work in his institute, especially Ludwig Claisen, with whom Anschütz would develop a lifelong friendship. In addition to setting up Kekulé’s lectures, Anschütz also carried out research.

Organic chemistry was in ferment, as chemists tried to make sense of the bewildering, growing forest of organic molecules. If some chemists were collectors and classifiers, there were also theorists like Kekulé who aimed to join the dots into a bigger picture. The concept of isomerism was the key that would allow chemists to unlock the three-dimensional chemical world. 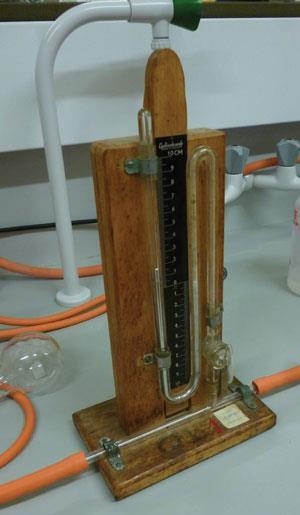 In 1878, Jacobus van’t Hoff had developed Kekulé’s idea that carbon makes four connections to other atoms. To explain the existence of optical isomers, carbon must not simply be four-connected but these connections must be arranged in a tetrahedral array. Van’t Hoff soon followed this up by suggesting that it meant compounds with a double bond must exist as geometric isomers; maleic and fumaric acids – the cis and trans versions of 2-butenedioic acid – were two key examples.

Today, geometric isomers seem obvious and it is hard to imagine the controversy that van’t Hoff’s proposal stirred up. While a few chemists quickly accepted the theory, others remained unconvinced – including Kekulé and his circle. Anschütz worried that fewer esters of the two acids were known than might have been expected, pointing to a structural rather than geometric difference.

He decided to make the esters, starting from malic acid. Suppliers were few and expensive, so Anschütz and Kekulé decided to make their own. Having ordered almost half a tonne of ripe mountain ash berries, Anschütz pressed them and treated the juice with lime to make calcium malate. After careful crystallisation, he released the free acid using oxalic acid. The process was sufficiently profitable to pay for a larger press, and the small factory helped fund the institute for several years. His work on the two isomers, although ultimately incorrect in both premise and conclusion, marked the start of a very successful career exploring the chemistry of both saturated and unsaturated carboxylic acids.

Purifying the unsaturated compounds was often a problem, with some involatile compounds decomposing on heating. In parallel with his contemporary, Wilhelm Dittmar, Anschütz began to use vacuum distillation, which had been reported sporadically, but had yet to become a standard method. The technique spread round the group. Claisen developed a stillhead to bring a capillary into the still-pot to suppress bumping.

Anschütz, on the other hand, was frustrated by the amount of bench space needed to conduct a distillation. As most distillations were conducted at pressures below 200mmHg, it occurred to him that ‘it would be more convenient’ to use a U-shaped tube rather than a full sized barometer. Equipped with a T-shaped connector, it was clipped onto a rigid wooden stand, and sat between the distillation apparatus and the water pump; a small stopcock controlled the entry of air into the mercury column. The diagram that appears in his delightful monograph of 18971 is identical to the manometers our students use today, down to the wooden scale that slides up and down the centre of the device. Often referred to as an Anschütz gauge, many chemical catalogues list it under the name Bennert. This may be a reference to one of Anschütz’s students, with whom he published a couple of papers2,3 on the synthesis of acid anhydrides, in which almost every product is purified under vacuum.

Anschütz remained in Bonn for the rest of his career, eventually succeeding Kekulé. Alongside his chemical interests, Anschütz wrote widely on the history of chemistry and began writing a biography of Kekulé. Among his mentor’s papers, Anschütz made discoveries that led him to realise that Kekulé had not been alone in proposing the four-connectedness of carbon. Shortly before Kekulé, Archibald Scott Couper had made the same suggestion. Denied his claim of priority, Couper had died of depression in Scotland. Similarly, shortly before Kekulé’s proposal of the symmetrical ring structure of benzene, the German chemist Josef Loschmidt had made a similarly elegant proposal in a small monograph, a copy of which was in Kekulé’s library. Was it coincidence? Anschütz loyally declined to pass judgement on his mentor, but widely championed the causes of the forgotten chemists. Others were less charitable. In the 1980s Alfred Bader, the founder of the Aldrich chemical company, took up the case, never failing to make clear his distaste for Kekulé.

Kekulé is still remembered by many today, while the others are obscure. We will never know what might have been had any of the four been more or less balanced. ‘Who can decipher, in storm and starlight, the written character of a friendly fate?’