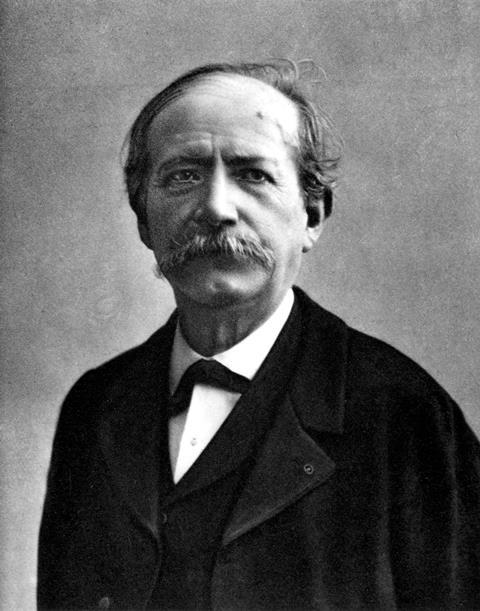 French chemist who recognised that chemistry is not just descriptive, but creates its own meaning

The famous love stories of chemistry always end in tragedy, don’t they? Marie Anne Paulze’s marriage to Antoine-Laurent Lavoisier redefined chemistry. But it ended when Lavoisier was guillotined. Pierre and Marie Curie’s laboratory love tryst led them to the Nobel Prize. But it ended abruptly when Pierre was killed in a road accident.

Our romantic hopes can be restored by the story of Marcellin Berthelot and Sophie Niaudet, whose love lasted for decades; each was the pivot around which the life of the other revolved. Berthelot was the son of a doctor who worked among the poor of central Paris in the decades after Napoleon was finally consigned to the arsenic-saturated outpost of St Helena. The young Marcellin, who grew up a sickly child, saw the poverty for himself, and had an extremely strong sense of the precarity of life – this sense of insecurity may have been part of the driving force of his life.

His parents sent him to the legendary Collège Henri IV. He was a quiet, brilliant student, excelling in classics and philosophy. A few years later one of the teachers, Ernest Renan, only four years his senior, later a distinguished historian and essayist, was assigned a room beside Berthelot’s. Their conversations became a profound life-long friendship and probably helped cement Berthelot’s rejection of his Catholic upbringing; it also led to Berthelot rejecting the Grandes Écoles, and to become a scientist. He ended up studying at the Sorbonne with Antoine-Jérôme Balard, the discoverer of bromine. Berthelot became Balard’s assistant and his thesis concerned the synthesis of fats from glycerine and fatty acids. He successfully made the mono-, di- and triglycerides, a major advance at the time. But he remained stuck in temporary positions and was supported by his parents until the age of 30.

In his spare time he would go on long walks around Paris, sometimes with his friend Renan. While crossing the Pont Neuf on a particularly windy day, lost in his own thoughts, the young woman in front of him, who was struggling with a fashionable broad-brimmed hat, suddenly spun round, more or less falling into his arms. It was, in the French phrase, le coup de foudre. Sophie was the daughter of a successful industrialist, descended from the Swiss-French watch-making Breguet family. Not only was she gorgeous, but she was loaded too. Each was utterly smitten by the other. As luck would have it, around the same time Balard successfully lobbied the university to establish a new professorship in organic chemistry at the École de Pharmacie. Berthelot got the job; he and Sophie were therefore set up for life.

Berthelot’s laboratory was situated at the Collège de France and it was here that he wrote his first major textbook: organic chemistry from a synthetic standpoint. The book suggested that up until its publication, organic chemists had mainly focused on analysis – understanding composition and connectivity – while rather breezily whizzing past the work of Friedrich Wöhler, Justus von Liebig and others. In doing so Berthelot somewhat disingenuously implied that he was the first to recognise the importance of assembling molecules from simpler components. At the centre of the book was his own work on fats, and his demonstrations that ethylene from any source could be converted into alcohol using sulfuric acid. His conclusion, that one could not separate chemistry into the natural and the synthetic, drew additional flak for not giving due credit to earlier work.

Berthelot’s syntheses became ever weirder. He rediscovered (and named) acetylene, making it by a variety of bizarre thermolysis methods including by the direct reaction of hydrogen in a carbon arc. By converting it into benzene he linked the aliphatic series with the aromatics. Paradoxically, however, Berthelot was very slow to accept structural theory and remained attached to the old-fashioned molecular formulas until the 1890s. 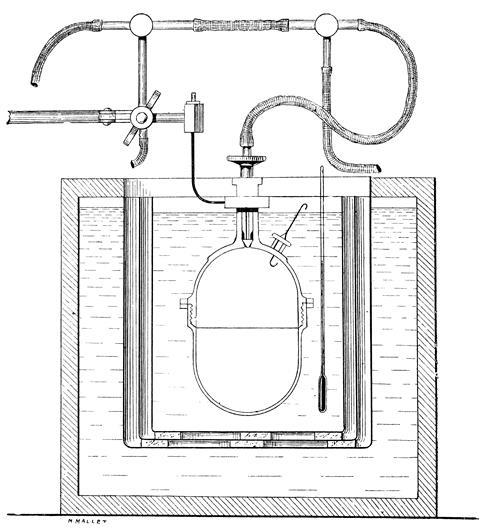 By the 1860s, Berthelot was thinking about heat and energy. He began measuring the heats of reaction for a variety of systems. Again, Berthelot was a bit late to the party. Julius Thomsen’s experiments of the 1850s had arrived at similar conclusions. But Berthelot devised a series of very sensitive calorimeters, using thermometers with which he claimed he could read to one 200th of a degree. As his scope widened he began measuring heats of combustion of organic compounds, burning these under high oxygen pressure. For this work he commissioned the Parisian instrument maker Édmé Louis Golaz to build him a ‘bombe’, a steel cylinder that could be loaded with compound, evacuated with a mercury vacuum pump, then pressurised with oxygen and sparked using a platinum wire, its ivory feed-through protected from the flame by a sheet of mica. The bomb itself was immersed in a water calorimeter. Berthelot was the first to establish the presence of a flame front in explosions. The wealth of data his research produced underpins our modern databases.

Beyond chemistry, he found time to rise in university administration, write fierce books decrying the role of the Church in education, and even become foreign minister for a spell. Throughout, Sophie was always there. No one, including their six children, could remember them having a single disagreement in their many years together. He was at her bedside when she died of heart failure. An hour later, he too was gone. They were buried together in the Panthéon, the shrine to France’s heroes. Perhaps there is no greater symbol of that old chestnut that Paris is the city of love.