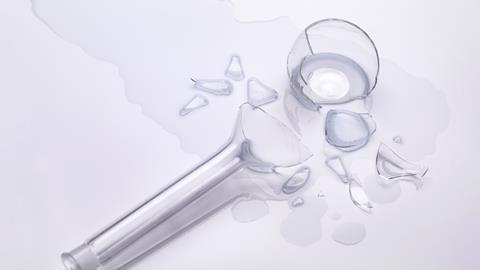 Change at the top

Improving research culture requires effort – but it’s worth it

During my PhD, I met only one student who was thoroughly enthusiastic about their work and academic prospects. In fact, they were almost embarrassed to mention how happy they were. Everyone else who I talked to about the PhD experience would bring up something negative. Occasionally this would be the natural frustrations of experimental science – the broken equipment, the inconclusive results. But far more often they were unhappy about long working hours, or an unsupportive (or even discriminatory) lab environment. And I know I wasn’t the only person who quickly ruled out an academic research career because it seemed like your only chance of success was to devote your whole life to your work – especially when even that might not be enough to secure so much as a short-term job.

These problems have not diminished in the seven years since I left academia. What does seem to have changed is the willingness to do something about it. Funders, universities, journals, societies and other organisations that act as the gatekeepers to academic career success are putting more and more emphasis on improving research culture. But, as Rachel Brazil explores, the complex networks of interactions between all the parties involved in academic research have stymied progress. It’s been a lot easier to talk about what should be done than actually do it. And while vast numbers of people continue to apply for academic jobs and excellent science is still produced, there’s little incentive to change the system.

It was always going to take something radical to break this status quo. That’s exactly what we’ve just experienced with the lockdowns and shutdowns during the pandemic. Of course, this has not been the ideal time to consider grand, sweeping systemic changes, as we see in the articles in which researchers share their pandemic experiences. But even while confronting career uncertainty and mental health challenges, those researchers have also strived to support their colleagues. Now it’s time for them to receive some support in return.

Even though our contributors are at different stages in their careers and work in different parts of the world, there’s a strong theme behind the changes they’d like to make. Tebello Nyokong sums it up: we need to stop treating researchers as nothing more than tools. While the aim of the academic system may be to produce top-quality research, it’s people who make these discoveries. But that’s not all they do. They teach, they mentor, they inspire the next generation of researchers.

It’s this focus on people that we need to maintain as we drive improvements in academic research culture. It’s perhaps not surprising that many scientists feel that the big organisations at the top of the academic food chain have lost sight of the people. Nowhere is this more evident than in tenure and funding decisions that still frequently rely on (often flawed) metrics to compare applicants. There are initiatives underway that suggests this might be changing, such as the ‘Résumé for Researchers’ developed by the Royal Society that’s being adopted by funders including UK Research and Innovation and Wellcome. This asks researchers to describe how they’ve contributed to the research community and society, producing a fuller and more rounded picture of the applicant’s skills.

Like so many research culture initiatives, the new résumé format will require extra effort initially, especially while more traditional application formats for other funders continue. But nothing worth having is ever easy. To fix the culture in research many more changes will be needed as the system has neglected the people in it for too long. Researchers, universities and funders all have a part to play in making everyone’s work environment supportive and happy. To get there we will have to experiment with better ways of doing things. If we don’t the future looks bleak. Do we really want another generation of PhD researchers that see the lab as a dim and dismal environment to be escaped as soon as possible?