The other day I found myself in the supermarket staring at a frozen cliff of buttery spreads. To my left were stacks of paper-wrapped dairy bricks, many decorated with idyllic scenes of cows and flowers. To my right were margarines: sunflowers and corn cobs abounded on the packaging. And in between were a number of products bearing bizarre names like ’I Can’t Believe It’s Not Butter’ and ’Utterly Butterly’. 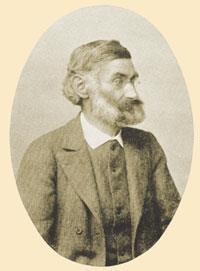 To a 19th century chemist this middle ground between butter and margarine would have seemed like a blatant example of food adulteration. With growing mass markets in the cities, quality control in food production became a major issue. But foods are complex mixtures. How would one distinguish a high quality butter from an inferior product cut with lard, vegetable oil, or worse - if the packaging didn’t say?

Back then, there was no mass spectrometry - let alone gas chromatography - to analyse mixtures. And melting points, so useful for identifying and determining the purity of single compounds, were useless for mixtures of oils and fats. The alternative was to use optical measurements. Everyone knows that the speed of light is not constant: as light moves from one medium to the next it changes speed and, in consequence, direction. The refractive index, then, precisely measured, provided a simple and powerful discriminator between materials. But no simple instrument existed to make fast measurements on small samples.

Ernst Karl Abb? was born in Eisenach, Germany, into a very poor family whose father worked 14 hours a day to feed his children. A brilliant student, Abb? studied physics and maths at the University of Jena and then with Weber and Riemann in G?ttingen. Having secured a faculty position back at the University of Jena, he specialised in optics. This was no coincidence. In 1866 he met Carl Zeiss, an instrument maker from the nearby town of Wetzlar who was looking for ways to improve his firm’s products. They became friends, and Zeiss named him research director of his firm. It was a shrewd move. 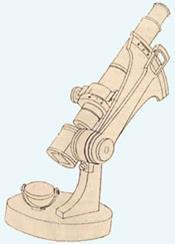 Young and hungry for challenges, Abb? set to work addressing the shortcomings of the microscopes of the day. He began systematically to develop a detailed theory of optics, supported by careful measurements. Crucial to these studies was the ability to measure refractive indices precisely. Starting from Wollaston’s earlier design, Abb? built his first refractometer in 1869: a microscope-like device incorporating two prisms separated by a thin layer of the sample to be studied. By adjusting a knob, total internal reflection of light travelling through the sample caused a shadow-line to be centred in the field of view. The refractive index was read from a vernier scale. It was incredibly quick and simple to use. With improvements by Pulfrich, it became a central tool in chemistry and food science capable of signalling minute changes in composition.

In 1872 Abb? formulated his ’sine condition’ and the diffraction theory of image formation that govern the resolution of optical systems. Zeiss’s microscopes with lenses constructed by design, rather than by trial and error, set a new standard in microscopy. They sold like hotcakes. In 1876, Zeiss made Abb? a partner. But Abb? was still hungry. It was now clear to him that the chromatic aberration (the wavelength dependence of focal length) that had plagued Galileo’s telescopes, as well as the inhomogeneity of the glass itself, limited the performance of his microscopes. In 1881 he teamed up with a young glass chemist from the University of Jena, Otto Schott, to develop glass of unparalleled perfection. Combining lenses of different material they devised the apochromatic objective which eliminated the aberrations, and brought microscopy to its ultimate wavelength limit.

While Abb?’s association with Zeiss made him a rich man, he never forgot his origins. He placed an 8 hour limit on the workday in the factory, and provided workers with holiday and sick pay as well as pensions for their old age. On Zeiss’s death he endowed a foundation which controlled both the Zeiss Optical Works and the Schott Glass, to fund research at the University and social projects. Abb? died in 1905.

Apart from his progressive social views, his legacy is ’panoscopic’ - he altered optics across all length scales. Zeiss optics remain a touchstone of perfection. And those of us who want to eat adulterated spreads can do so with confidence. Thanks to Ernst Abb?, we can be sure it’s not butter.