The Carius tube - still the workhorse of digestion reactions

My mother has always been a great cook. Growing up in New York in the 1960s, she saw it as her mission to steer our palates past the questionable blandishments of American gastronomic innovation. One product for which she reserved particular scorn was ’Shake and Bake’, a plastic bag, empty apart from a small amount of a substance resembling sawdust, sand and cement which promised to transform, through that process of succussion beloved of homoeopaths, an insipid factory-farmed chicken into a gourmet delicacy fit for royalty. Whether or not her instincts were true, I never found out: such products never crossed our threshold. 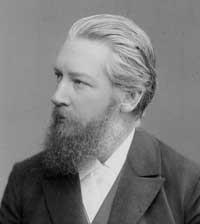 German chemist, 1829-1875. Inventor of a sealed tube apparatus for total elemental analysis, along with a new kind of ’tube furnace’ in which to heat it.

In the chemical world, we all know of particularly intractable molecules, often referred to as road-building material. Doing chemistry with these takes a certain determination, and methods akin to the now notorious ’Shake and Bake’ practised by US troops against entrenched opposition in Iraq. In the chemist’s arsenal, the Carius tube has long been the vessel of choice for those needing to pound their molecules into submission.

Georg Ludwig Carius was born in 1829 in the village of Barbis in the Harz Mountains, the son of a preacher. He was only four when his mother died, and his father followed five years later, leaving him and his older brothers alone. They were brought up by various friends of the family, Ludwig ending up in the care of a minister in the nearby village of Goslar. An outstanding scholar, he found a job as an apothecary’s apprentice, employment that helped develop his exceptional manual dexterity. Having finished school he moved to the nearby university of G?ttingen where W?hler was a professor. From here he moved to Heidelberg where he studied with Bunsen, becoming the great man’s assistant for six years. It must have been an exciting time, with students such as Herrmann Kolbe and Victor Meyer in the lab. Carius would have witnessed at least some of Bunsen’s seminal work on cacodyl - tetramethyl diarsine which, in the golden days before fume cupboards, Bunsen conducted whilst breathing though a long glass snorkel that terminated outside the window. 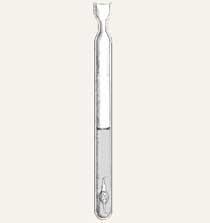 Having obtained his habilitation in 1858, Carius married the wealthy daughter of a South American plantation owner, and set up a small, poorly equipped lab of his own. He began to take students and explored the structures of sulfur and selenium chlorides with organic molecules. It was unpleasant, smelly work, and elemental analysis was a problem. While Liebig and Dumas’ methods were fine to determine C, H and N, respectively, other elements such as the halogens, sulfur and phosphorus were more difficult. Most methods required an initial combustion step that did not always go to completion and could result in losses. They were also slow and time consuming.

In 1860, Carius published his most famous paper, a new gravimetric method of elemental analysis based on the total oxidation of the sample using fuming nitric acid at high temperature. The sample would be placed in a tiny thin-walled bulb equipped with break-seals. This would be transferred to a heavy-walled tube, along with the acid and silver or barium nitrate, depending on the element being quantified, and then sealed. To heat the tubes, Carius also came up with the ingenious idea of a furnace with holes in it - the tube furnace - designed to be robust enough to cope with the rupture of the occasional tube. The method may not have been subtle, but it was very effective, and remains in use today. 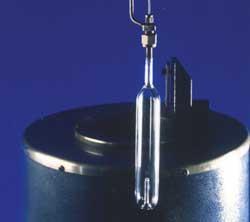 The Carius tube - still the workhorse of digestion reactions

In 1865 Carius was appointed professor at the Philipp’s University of Marburg, succeeding Hermann Kolbe. His wife had died and he married again in 1869. His work now focused on addition reactions of unsaturated carboxylic acids, and later oxidation reactions, particularly using ozone, investigating its reactions with nitrogen-containing molecules including ammonia. In an era when ventilation was primitive, it does not seem surprising that Carius’ health suffered. He developed pleurisy, which gradually developed into a severe respiratory illness. In 1874, rather than take extended leave of absence, he went on a short holiday to Italy, imagining that he would recover quickly. On his return, fate conspired against him - a co-worker left nitrous acid vapour leaking in the lab, unnoticed. Carius died suddenly in February 1875, not quite 46.

’Bombs’ and autoclaves all have their place in the lab today, but Carius’ sealed tubes remain the workhorses of digestion reactions. As to my mother, she may not have liked ’Shake and Bake’, but the pressure cooker was never far away; she had few problems with ’Heat and Beat’.