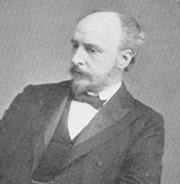 We have all been there. You are at a party where you know almost no one. Eventually you strike up a casual conversation which soon leads to the generic, yet loaded, question ’What do you do?’ Cautiously, you reply that you are a chemist. The eyes of your interlocutor go dead. ’Chemistry? I hated chemistry at school’; and suddenly you are a pariah, cast into the outer darkness alongside accountants, estate agents and double glazing salesmen, the most reviled professions of our age.

Yet the first ’double-glazier’ was a remarkable man, one to be revered rather than scorned. James Dewar, a Scot, was born in Kincardine-on-Forth in 1842. Growing up in colder times than we know today, he fell through the ice while skating. Confined to bed for almost two years, he learned to build violins, an activity to which he would later attribute his astonishing manipulative skills.

After university at Edinburgh, Dewar spent 16 years in Scotland, working variously as an assistant for scientist and parliamentarian Lyon Playfair, and subsequently for Crum Brown - who was amongst the first to draw molecules using circles and sticks. His work ranged from working (unsuccessfully) on structures of benzene, measuring the temperature of the sun and the action of light on the retina of animals, to determining the structure of pyridine and carrying out simple chemical analyses. 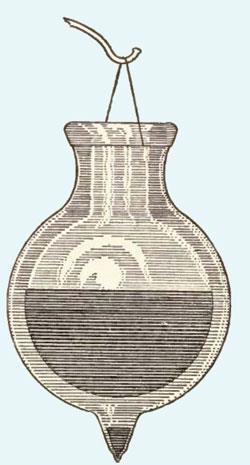 In 1875 he was appointed Jacksonian Professor at Cambridge. The appointment was not a happy one. He was given little room to work and he found the atmosphere rather stuffy and conservative. But he struck up a collaboration with C D Liveing on the spectroscopy of atoms and molecules which would last for many years and extend into both the UV and the infrared. He also measured the enthalpy changes for hydrogen uptake in palladium using an evacuated double-walled brass calorimeter - the forerunner of what we now know as Dewar flasks.

After two years of Cambridge unhappiness, Dewar accepted the post of Fullerian Professor at the Royal Institution in London. Where he had hated teaching to a syllabus, he now enjoyed the freedom of picking and choosing interesting topics for evening discourses. He was a brilliant lecturer.

In 1878 when Raoul Pictet and Louis-Paul Cailletet liquefied air, Dewar saw an exciting research opportunity - the search for absolute zero. He repeated the experiments in public and then pioneered the use of the Joule-Thompson effect - where the temperature of a gas drops as it expands - to reach ever lower temperatures. And his new double-glazed vacuum flasks - now made of layers of silvered glass, with the empty space between them evacuated using Sprengel pumps and cold charcoal - came into their own. But, missing a spectacular commercial opportunity, Dewar never patented the design. In 1904, when a German glassblower discovered that his baby’s milk stayed warm for hours in one of the flasks, he began selling them under the name Thermos. Dewar, tetchy at the best of times, was furious, and sued, unsuccessfully, for damages.

In 1895, Dewar showed that, pre-cooled to -200?C and compressed to 200 atmospheres, hydrogen became liquid when squirted through a fine nozzle. Soon Dewar was making liquid hydrogen by the litre. The extreme nature of the work resulted in two of Dewar’s coworkers each losing an eye in explosions while conducting the experiments. A painting depicting Dewar holding a flask of liquid hydrogen in the Royal Institution’s packed theatre is all the more remarkable when one considers that the room was lit by gas mantles. 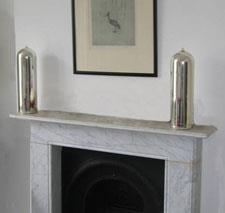 As the temperatures dropped, Dewar focused on the chemical and electrical properties of everything he could cool. But try as he might, he never liquefied the newly discovered gas helium. To his eternal chagrin, the better funded Kammerlingh Onnes beat him to it, and went on to discover superconductivity and win a Nobel prize. In spite of this blow, Dewar never lost his enthusiasm. In the first world war he helped to invent cordite (which would lead to another law suit) and, unable to work on low temperatures, turned his attention to the cheaper topic of soap films and bubbles until his death.

More, perhaps, than any other piece of kit in our labs, the mirrored dome of an upturned Dewar flask is a thing of rare beauty, which every chemist should have on the mantlepiece. And so, perhaps, should every double glazing salesman.