In Kurt Vonnegut’s 1961 novel Mother Night, an American writer named Howard Campbell is brought to trial for his crimes as a Nazi propagandist during the second world war. The apolitical Campbell decided to remain in Germany after Hitler came to power in 1933, where he is persuaded to make English radio broadcasts of Nazi propaganda. But he has also been enlisted by an operative of the US War Department to lace his broadcasts with intelligence messages coded in coughs and pauses. This role is never made public, and Campbell is constantly threatened with exposure of his ’nazism’ while trying to lead an anonymous life post-war in New York, US. 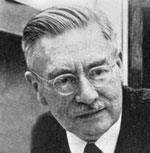 It would be unwise to stretch too far any parallels with the life of Peter Debye, the Dutch physical chemist who won the 1936 chemistry Nobel for his work on molecular structure and dipole moments. But Mother Night  came to my mind after hearing the latest suggestion that Debye, who has been reviled in the past for alleged collaboration with the pre-war Nazi regime, might have been passing on information about German war technology to a British spy in Berlin, Germany.

The evidence for that, outlined recently in the journal Ambix  by retired chemist Jurrie Reiding after consulting Debye’s archival documents in America, is extremely circumstantial. Debye was a lifelong friend of Paul Rosbaud, an Austrian chemist who hated the Nazis and spied for the Allies during the war under the codename ’Griffin’. Reiding says that such a friendship would be inconceivable if Debye was a Nazi sympathiser. But there are no more than vague hints about whether Debye was actually one of Rosbaud’s informants.

Debye’s links with nazism were asserted in the 2006 book Einstein in Nederland  by the Dutch journalist Sybe Rispens, and were outlined in an article ’Nobel laureate with dirty hands’ published in a Dutch periodical in connection with the book. Here Rispens explained that Debye, as president of the German Physical Society (DPG), had signed a letter in 1938 expelling Jews from the society. Panicked by the media expos?, the University of Utrecht removed Debye’s name from its institute for nanomaterials science, while the University of Maastricht withdrew from an annual research prize named after Debye.

A follow-up report on the matter commissioned by the Netherlands Institute for War Documentation (NIOD) changed the accusation of collaboration to one of ’opportunism’, and the decisions of both universities have now been reversed. But Debye’s name remained tainted in the Netherlands, despite protestation from many scientists both in Europe and in the US, where Debye worked at Cornell University after leaving Germany in 1940.

There’s good reason to think that Debye was no friend of the Nazis. He collected his Nobel prize against their expressed wishes, and they thought him far too friendly to the Jews in his role as DPG president. Indeed, he even - with Rosbaud’s assistance - helped the Jewish nuclear physicist Lise Meitner flee Germany.

And yet why did he stay in Germany so long, when others left? Roald Hoffmann at Cornell has argued that this inevitably taints Debye’s reputation. ’In the period 1933-39’, he says, ’Debye took on positions of administration and leadership in German science, aware that such positions would involve collaboration with the Nazi regime. The oppressive, undemocratic, and obsessively antisemitic nature of that regime was clear. Debye chose to stay and, through his assumption of prominent state positions within a scientific system that was part of the state, supported the substance and the image of the Nazi regime.’

Clearly Debye’s story is not one of heroic self-sacrifice; the issue is rather where mild resistance blends into passive collusion. Cornelis Gorter, a physicist at Leiden University who knew Debye well, said that ’he was not at all a Nazi sympathiser but was apolitical.’ Yet it seems that, also like Campbell, his deeds tell different narratives when viewed from different perspectives. The accusation of opportunism in the NIOD report came largely because, having occupied positions of power in Nazi Germany, Debye went on to serve the US war effort enthusiastically, for example through his work on synthetic rubber. That could suggest ingratiating collaboration with any ruling power, but it also fits the picture of Debye striving to limit Nazi abuses before finally fleeing to oppose them more openly.

This situation is reminiscent also of the controversy about Werner Heisenberg, memorably explored in Michael Frayn’s play Copenhagen. Did Heisenberg actively drag his heels to thwart the Nazi efforts to make an atomic bomb, or did he simply get the physics wrong? Did he even know his motives himself? And if not, how can we hope to?

A clue to Debye’s position may lie in a letter he wrote to the physicist Arnold Sommerfeld just before he left Germany. His aim, he said, was ’not to despair and always be ready to grab the Good which whisks by, without granting the Bad any more room than is absolutely necessary. That is a principle of which I have already made much use.’ Maybe the real moral is the one that Vonnegut adduced for Mother Night  : ’We are what we pretend to be, so we must be careful about what we pretend to be.’