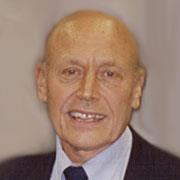 Limit the global temperature rise to 2?C for the next 100 years was the challenge set by the UN climate change conference held in Copenhagen, Denmark, at the end of 2009. It is widely believed that rises above this level will lead to catastrophic climate change. But how can we limit temperature rises against an ever-increasing demand for energy to satisfy the aspirations of an ever-increasing global population? The answer is far from clear and is aggravated by the gap between developed and developing countries. Yes, we need to curb the release of greenhouse gases, particularly CO2, but which countries should take the main burden of this cut was hotly debated in Copenhagen.

Currently, 80 per cent of the global energy supply is obtained from burning fossil fuels. As a consequence of this, the atmospheric CO2 level has been rising by about 2 parts per million (ppm) per annum over many years to the present level of 387ppm. Without a major reduction in CO2 emission, the atmospheric CO2 level will rapidly approach 450-550ppm, estimated to correspond to a 2?C global temperature rise. To make matters worse, it is anticipated that the demand for energy will double by 2050 as the developing countries strive for higher living standards and the global population continues to expand.

The UK was the first country in the world to establish a legally binding long-term framework to cut carbon emissions. The Climate Change Act of 2008 set a target of cutting CO2 emission by 80 per cent - from 1990 levels - by 2050. The EU has legislated for a 20 per cent reduction by 2020. This is all well and good but without the general agreement from all countries to do the same, the juggernaut of CO2 emission will continue. Essentially, what is being asked is to reduce CO2 emissions globally to pre-industrial times. The problem is that we do not have a large-scale technology to replace the burning of fossil fuels or a method to recycle CO2 back as a high energy compound. Carbon capture and storage in geological faults is unlikely to be extensively applied and, realistically, nuclear fission (or even fusion) can not provide the colossal amount of energy we are currently using and require in the future (one nuclear power station provides about 1.5GW, while the current global energy demand is 14TW and increasing yearly).

To find a solution, perhaps we need to remind ourselves of the origin of fossil fuels and of the energy that they harbour. They are derived from the process of photosynthesis and the energy they harbour is solar in origin. Plants, algae, and certain types of bacteria have the capacity to capture sunlight efficiently and store it in the chemical bonds of organic molecules. This process occurs on an enormous scale. The success of this energy generating and storage system stems from the fact that the raw materials and power needed to synthesise biomass are available in almost unlimited amounts: sunlight, water and carbon dioxide. Indeed, one hour of sunlight is equivalent to our total present energy demands for a whole year.

The sun is the only non-polluting energy source available to humankind on a huge scale and there is an urgent need to drive forward the science to exploit this fact and put into place clever technological solutions for reducing CO2  emissions.

Water splitting and CO2 reduction are the two key reactions of photosynthesis and there is every reason to believe that photochemical catalysts can be developed to do the same reactions even more efficiently than natural processes. This and other aspects of solar energy capture, including the role of photovoltaics, were discussed in depth by leading scientists from China, Germany, Japan, the UK and the US at the 1st Annual Chemical Sciences and Society Symposium (CS3) - entitled Powering the world with sunlight -  held in Germany in July 2009. The white paper derived from this CS3 meeting1  serves as a framework to initiate the urgently needed worldwide effort to develop research programmes which will lead to innovative solar energy technologies.