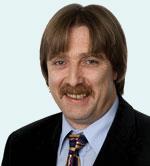 The UK’s Renewable Transport Fuel Obligation (RTFO) came into force in April, obliging fuel suppliers to ensure that 5 per cent by volume of all fuel sold on British forecourts comes from a renewable source by 2010. Those in the biofuel industry may be a little perplexed by recent press coverage of the move - it seems that every penny increase in food prices, homeless orang-utan and felled tree can be blamed on biofuels. Does the backlash make scientific sense, or are we letting emotion cloud our judgement?

Readers of Chemistry World  will no doubt be familiar with the difference between hazard and risk. Potassium dichromate is a highly toxic substance, often used in breathalysers to measure alcohol levels in exhaled breath. When used in this context it is sealed in a tube and does not become airborne when air is drawn over it - it is an extremely hazardous substance in a low risk application. Clearly there are situations where the risk is so high as to be manifestly unacceptable and others where it is so low as to be negligible, but the biofuels debate occupies the grey area in between.

Unfortunately, entrenched positions on both sides have led to this subtlety being buried under rhetoric. On one side we have the ’magic bullet’ camp that breezily ignores potential risks, focusing only on benefits like greenhouse gas reduction. On the other side we have the conflation of risks and hazards from biofuels leading to their generic condemnation. The scientific community has a very important role to play in measuring risks and in presenting this information in as clear a manner as possible, with appropriate recommendations where there is uncertainty.

One important issue is how biofuel production changes our use of land. As American humorist Will Rogers said, ’They ain’t making any more of the stuff’. Biofuels potentially threaten sensitive ecosystems, jeopardise biodiversity, and release carbon stocks.

Although these are legitimate concerns, they are not foregone conclusions. We need more data and a common methodology to calculate the life cycle greenhouse gas emissions from producing biofuels in particular areas.

Meanwhile, modern plant breeding techniques and biotechnology can increase the productivity of currently cultivated land. It cannot be taken for granted that land conversion will create a carbon debt, or that biofuel feedstocks will be grown in sensitive areas. It shouldn’t be forgotten that rising demand for food is also encouraging farmers to expand their cropland. Will the lessons being learned from sustainable biofuel production also be applied to food production?

The term biofuels covers a wide variety of feedstocks and processes that should not be treated as if they all present the same risks and opportunities. So when we are asked, ’are biofuels sustainable?’ the answer has to be, ’which biofuel, and where are we producing it?’ This may be unsatisfactory for some, but it is intellectually dishonest to gloss over the issues.

Biofuels can never be made risk free, but we can reduce the risk by introducing credible sustainability criteria as quickly as possible. Whilst these standards should be flexible enough to evolve and include indirect effects where possible, we cannot delay with protracted debate on every detail.

With the twin threats of climate change and dwindling fossil fuel reserves upon us, prevarication just isn’t an option. There is no ’miracle cure’ around the corner, but scientific analysis has shown that biofuels, when made in the right way, can reduce fossil energy use and greenhouse gas emissions. We simply have to take the best options we have and start the journey towards increasingly sustainable biofuels.