Reinforcing and not correcting the fears of a risk-averse public is no way to build constructive working relationships, writes Hal Sosabowski

Reinforcing and not correcting the fears of a risk-averse public is no way to build constructive working relationships, writes Hal Sosabowski

David Ropeik makes some interesting assertions concerning the need for chemistry to protest its own wonderfulness via the International Year of Chemistry (IYC). In offering his reasons he exasperatingly implies the same connect with the word ’chemicals’ that the public seems to, and he gloomily appears to almost hit the nail on the head whilst missing it entirely. 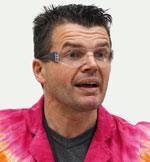 Allow me to illustrate by example. Last month, the Daily Telegraph  ran a short article about the use of ozone to preserve food. The line used was ’ozone can now be used to allow the preservation of food without the use of chemicals’. This is exactly what I mean; chemicals that harm us are termed ’chemicals’, chemicals that help us are termed something else. I wonder in a subsequent issue if ozone is then relegated to the status of ’chemical’ when its harmful effects are discussed. How often have you read about the benefits of organic food, the benefit of which appears to be that it is produced without the use of ’chemicals’? What is the manure or compost used if it isn’t chemical? And while I mention it, I would much rather have eaten a carrot, which I later remembered I hadn’t washed, if it had been fertilised by a pure compound that came out of a bag than by something that came out of the wrong end of a cow. There are clearly harmful chemicals and harmless chemicals. I don’t see much evidence in Ropeik’s comment that ’many [chemists] deny [the risks], play them down, or worse, criticise the public’s fear as unfounded’ (which they often are, as it happens). I clearly remember the scare caused by Sudan I food colouring, which was suspected of marginally increasing cancer in rats. How many people shunned Pot Noodles for this reason, but still asked for their usual 20 Benson & Hedges?

The IYC is a celebration of chemistry. It has almost become non-PC to celebrate and openly support our science. In my happy position of being free to say as I feel, I am growing increasingly irritated by the almost faint disapproval that I sense when being openly supportive of our science, which feeds most of the population of the world, produces the clothes it wears and the medicines that heal it. The IYC could and should ’increase the public appreciation of chemistry in meeting world needs’ and is clearly the science with the best chance of doing so.

The public’s fear is not one of science, it is one of grammar. The word ’chemical’, as we all know, means anything that is matter. The public largely perceives it to mean any matter that has the potential to harm, pollute or destroy, and associates the word with all that is unwholesome and unhealthy. The fact of the matter is, this perception is wrong, and no-one likes being told that they are wrong and always have been.

There is of course no need to deny or dismiss fear, but when ignorance is leading to mass disinformation, it is our duty as chemists to diplomatically but firmly set the record straight - which is what science is all about. I resent slightly the implication that by educating the public in the value and good of our science I am dismissing or denying genuinely held beliefs and that supporting the good whilst acknowledging the bad is tantamount to supporting some type of scientific apartheid.

There are many of us who are quietly fulfilling our obligation as chemists to ensure that the public perception of chemistry and chemicals reflects the reality. John Emsley’s books1-5 are an excellent example of this, and I am sure that any hitherto ignorant member of the public would certainly alter their view having read one of his publications.

Risk is risk; when making decisions we calculate a hazard x chance of it happening, we weigh the marginal cost and the marginal benefit. I have more than once cited ’certain death’ as a possible outcome for my experiments, and seldom has a safety officer batted an eyelid since I then contextualise it by pointing out that a probable outcome of an air crash is death but that doesn’t stop most of us flying.

Hal Sosabowski is professor of public understanding of science at the University of Brighton, UK