School children in the UK are told oil will run out by 2050, but oil companies expect production to be about the same as it is today, writes Richard Pike

School children in the UK are told oil will run out by 2050, but oil companies expect production to be about the same as it is today, writes Richard Pike 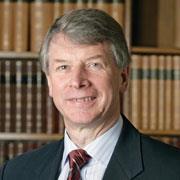 Talk to any major international oil company, and they will openly say that their planned production in 2050 will be close to what it is now, with output reaching a peak around 2030. Many independent observers see oil continuing to play a significant role globally into the 22nd century. Conversely, open a typical textbook for GCSE science, and it will show oil running out completely in 40 years, coincidentally by 2050. How can this come about in an age of instant communication, and increasing emphasis on the knowledge economy?

You can bet that oil companies know their assets, and while there may be various reasons for either exaggerating or playing down their hydrocarbon resource figures, they can’t all be wrong. The explanation is that the public (and authors of school textbooks) rarely see the production projections: instead, they hear of the ubiquitous proven reserves figures and jump to conclusions. At a global level, these are purely indicative and do not carry any analytical rigour. They suggest that at current production rates, oil will indeed run out in 40 years. This error gets repeated time and time again.

The consequence is that most 16 year olds finish their science education thinking that the challenge for energy is merely to replace the declining throughput in oil (and gas) with nuclear and renewable sources. The reality is that in order to reduce carbon dioxide emissions from these sources by 2050, there will have to be massive carbon capture and storage (CCS) projects, and curtailment of production within a fiscal and regulatory framework to encourage low-carbon alternatives. The geopolitical, economic and technical challenges will be enormous, not least in engaging with those oil producing countries which rely almost entirely on oil to support their economies. Failure will lead to a future less driven to reducing emissions, but rather towards accepting and mitigating the inevitable consequences of climate change.

When I presented this overview to the Association of MBAs’ Annual International Conference for Deans and Directors held in Berlin, Germany, in June this year, the chairman of the session asked the 200 representatives if the global issues underpinning this were being addressed in their courses. One hand was hesitatingly raised. Even among the world’s most highly regarded business schools, the tough realities were not on the radar screen because the key numbers, be they hydrocarbon resources, energy yields per unit area from solar, wind or biofuel, and their costs and efficiencies, were not readily available. But they are essential to complete the picture, and iron out just where the uncertainties lie for further scrutiny and action.

This links to education itself. Many educationalists will claim great progress has been made, and indeed more school children have a broad understanding of science than ever before. But in the UK this has been at the cost of not stimulating pupils enough intellectually, as the examination system has succumbed to market forces and weak regulation. The underpinning mathematics has just about disappeared from the science curriculum. There is almost no engagement between those who set examinations, and the users of the outputs of the system: universities, industry and the wider business community.

For this reason, one party can claim record numbers passing at even higher grades, while the other queries the widening disparity between what is needed and what is available, in terms of knowledge and skills at 18 or 21 years old. Similarly, just as one student is relieved there cannot possibly be any more oil spills beyond 2050, another grapples with the true implication and enormity of global energy and environmental policy over the next 100 years.

That such disparities exist in the scientific and educational worlds is extraordinary, all the more so for the fundamental matters they address. The different sectors within each are like ships of knowledge passing in the night. They are so sure they are on course, and so focused on their own goals, that they are blissfully unaware that there may be other activity around them, or skills and knowledge that might help them, just a stone’s throw away.

The lesson, surely, is for greater transparency and challenge over these key issues, and better engagement between stakeholders, so that we can identify and achieve the right solutions, rather than sailing into the abyss.

Richard Pike is chief executive of the RSC