The EPSRC recently announced plans to ban persistently unsuccessful grant applicants for one year. Why did it do this and why are some UK chemists unhappy about it?

The EPSRC recently announced plans to ban persistently unsuccessful grant applicants for one year. Why did it do this and why are some UK chemists unhappy about it?

EPSRC’s top priority is more money for UK science and engineering and we are working hard, hand in hand with others such as the RSC, to increase investment. We have recently published a joint letter outlining this intent. 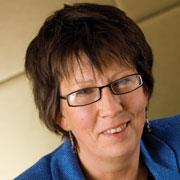 In addition, EPSRC has a specific responsibility to ensure its funding systems and administration are as effective as possible. These systems must support and enhance the significant investment of public money - around ?800 million - that we make each year. Peer review is at the heart of these systems.

The 2006 RCUK review of peer review highlighted a serious concern that if success rates fell below 20 per cent, the system would become ineffective. The report concluded that this scenario was a real possibility and supported findings within previous reports including the 1990 Boden report and a 1995 Royal Society report.

Our job, in light of such warnings, was to protect the peer review process whilst ensuring we continue to foster the best UK science and engineering. In line with many other research councils, EPSRC will therefore no longer accept resubmissions of unsuccessful applications. New measures will see persistently unsuccessful applicants removed from the funding system for 12 months to take part in a mentoring programme where this is appropriate. This measure applies to researchers with three or more unsuccessful applications in a two-year period and a personal success rate of less than 25 per cent.

We expect the UK’s vibrant academic base to scrutinise our decisions and we were aware that these decisions, particularly the exclusion policy, would be unpopular with some researchers. However, the types of measures we have introduced were broadly supported by many in response to the consultation on the RCUK report.

Backdating the policy has also proved unpopular with some, but it was the only way to ensure immediate results and to avoid a counterproductive landslide of applications prior to any ’live’ date, as happened with the introduction of full economic costs for example.

If EPSRC is to remain an effective funding body, we must be prepared to take such tough decisions, based on evidence and consultation, even though they may prove unpopular in some quarters. Above all, we must take the decisions we believe will best benefit UK researchers across all disciplines within our remit.

These recent policy changes are part of a broader set of measures aimed at changing peer review culture for the better - here at EPSRC; at institutional level; amongst reviewers and individual researchers.

The current measures do not guarantee success. They will be reviewed and we will, if necessary, amend them or introduce further measures to safeguard the peer review system.

We are under no illusions about the challenges we face, particularly in the current economic climate, and we will no doubt have to take difficult decisions in the future. Our goal will be to obtain the best outcome, and greater investment, for the UK’s science and engineering community.

We will continue to work hard to ensure that investment is underpinned and enhanced by efficient and effective funding policies and systems.

This will not be an easy task, but, working closely with those who share that goal, especially the academic community and learned societies, we will acheve it.

EPSRC’s ban on academics with low success rates for grant applications is aimed at demand management. Current success rates are undeniably low: the only ways to change this are (i) increased research funding from government (unlikely) or (ii) limiting the number of applications. 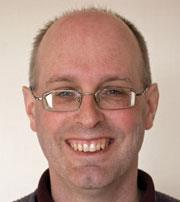 But the new policy is too blunt an instrument to achieve this. It is arbitrary and unfair and will have undesirable consequences. EPSRC suggests that the ban will affect 5 per cent of applicants. That may be true, but there will be substantial collateral damage: any academic making four applications in two years has a greater than one in four chance of being banned, or even more if the distribution of results is non-random.

EPSRC’s own recent consultation about the peer review process concluded that sanctions were undesirable for many reasons, including a ’lack of fairness’.1  Many universities agreed: the response from Sheffield University to the possibility of a ban was clear and negative.2 Senior EPSRC staff have disingenuously claimed that the new policy was introduced ’following a wide-ranging consultation,’ which is true only in the sense that ’following’ means ’happens afterwards’.

The main problem is the arbitrary quality threshold of half way down the rank order list, which cannot be justified on scientific grounds. In my experience, strong, well-supported applications from experienced researchers can easily be ranked below the mid-point at panel meetings. The natural variation inherent in the peer review process is substantial (although EPSRC staff are reluctant to acknowledge this publicly), an obvious consequence of using a statistically small number of referees, typically three to five.

Making the ban retrospective is indefensible and possibly the issue that has caused most anger. There is an important practical aspect to this. Panel meetings have, until now, concentrated on getting an accurate rank order at the top of the list of proposals. Far less attention has been given to refining the positions of proposals at the half way point.

There are better ways to achieve what the EPSRC wants. The most obvious is to replace the arbitrary 50 per cent cut-off with the already existing ’quality threshold’ - the point below which the panel would not recommend funding even if money were available. This would target the few people who submit numerous poor proposals, while minimising the number of unintended victims. Another possibility would be to limit individuals to, say, three applications per year.

Mentoring people subject to a ban will place a significant administrative burden on universities. What form will this mentoring take? Who will deliver it? Where will the resources come from? If EPSRC acknowledges that a mentoring programme has been successful, why should a second ban, if it occurs, be for two years?

With this policy the EPSRC has assumed decision-making rights which are beyond its remit. The policy will trap experienced and capable researchers who are not the intended target, thereby damaging their research and career prospects, and harming UK science as a whole.

Dave Garner
President of the RSC

As president of the RSC I am involved in a number of debates concerning how we use public money to fund UK research. On the one hand Lord Drayson and minister John Denham are asking questions about targeting public funding,* and on the other the EPSRC is struggling to manage the rising demand for its funds. The two issues are linked and so we cannot discuss issues concerning EPSRC without considering the national and international context in which research takes place. 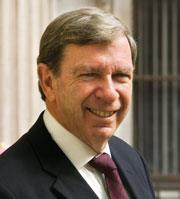 Lord Drayson has spoken in recent weeks about whether the balance of science investment should shift and has outlined criteria to identify areas for greater focus.1 The government approach of trying to identify science areas which may show maximum impact for the future UK wealth is fundamentally flawed. Despite indicating the need for debate on where our research priorities should be, a government Office for Life Sciences has already been planned and announced. Does the government really understand just how much modern medicinal science owes to chemistry, physics and mathematics? By concentrating on the life sciences and not recognising how the physical sciences support them, the government risks weakening all UK scientific endeavour.

More money has flowed into public research over the past 11 years, but research councils have been required to think strategically about priority areas. This, coupled with requirements to fund the full economic costs of research and move to larger grants, has reduced the funding available, therefore application success rates have decreased significantly.

EPSRC’s management of research applications is raising major concerns. It seems to be making arbitrary decisions prior to, or preventing, proposals being seen by review panels. As clearly expressed by Mike Ward, the new ’demand management’ procedures have led to considerable concern within the physical sciences community. I consider that these measures are ill-advised and will be difficult to implement. Furthermore, they will not lead to any additional grants being funded. I urge EPSRC to reconsider the situation and to work with the research community, including the RSC, to address its problems. If the number of applications it receives is too great, there are simpler and more constructive ways to address the problem.

Mentoring younger academics in the ’art’ of writing grant applications is sensible and learned societies, such as the RSC, should take a lead in this respect.

Chemists in the UK are successful in obtaining funding from sources other than EPSRC, including five large grants awarded recently by the European Research Council. I believe that this is instructive and, as chemists, we need to look to Europe for the further development of our science as an integral component of the European Research Area. The UK chemistry community should be confident in the quality of its research and note that the European Union has great resources. Thus, UK-based research chemists, by working across the larger canvas of Europe on strategically relevant projects, should considerably enhance chemistry’s impact.