The technology we've got used to accessing through our desktops is moving at high speed to our mobile phones, says Antony Williams

The technology we’ve got used to accessing through our desktops is moving at high speed to our mobile phones, says Antony Williams

It is amusing to watch movies from the 1980s and see the stars of the period holding a so-called ’mobile phone’ to their ear. This mobile device used to be the size of a brick, with a pull-out antenna to boot. It served one function: to allow two people to talk to each other across a connection challenged by static and dropouts. How things have changed. 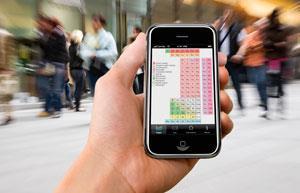 The increased performance and miniaturisation of microprocessors and memory modules, alongside the development of advanced programming languages and standards, has led to the design of software applications on mobile phones that, just a few years ago, were accessible only on the most advanced desktop computer.

Just as today’s laptop computers, which house rich software resources supporting the many and varied needs of chemists, come equipped with built-in web cameras and software for single or multi-party conferencing, so the mobile phone of today is fast moving to support the needs of chemists.

The introduction of smartphones, especially the iPhone, defined ’Generation app’, a time when there was, in the words of an iPhone advertising campaign, an ’app for that’. With the introduction of newer smartphones and the entrance of Google into the smartphone marketplace, the number of apps (software applications, to the uninitiated) is expected to rise and rise.

In terms of the chemistry available on these mobile devices, there are dozens of applications that can be downloaded at no charge, or purchased for just a few pounds. While some of these are rather rudimentary in nature, there are many excellent applications available for the chemist to polish up their chemistry skills, access data tables, sketch small molecules, visualise large proteins and use the inbuilt browsers to search online databases.

Mobile chemistry has arrived. This short article will review some of the available tools and offers a view of what the near term future may hold for this domain. The author’s bias is to the iPhone and iPad platform as he has access to both.

Chemistry publishers have focused their smartphone applications to support access to science news stories and information regarding their latest publications.

These can deliver just the abstracts, or even provide the full text for immediate review or for saving locally to review later. The American Chemical Society (ACS) application also offers a search across more than 850 000 scientific research articles and book chapters archived on the ACS Web Editions Platform. Searches are possible by author, keyword, title, abstract, digital object identifier or bibliographic citation.

Such applications will probably be unveiled by an increasing number of publishers to parallel their efforts to mesh themselves into the social network tools. Podcasts from chemistry publishers are also popular for delivering interesting stories. Examples are those available from the RSC  as well as from the Nature Publishing Group.

Many smartphone apps are focused on the delivery of facts and study guides to support students through the learning process. These include Chemfacts, the Elements Study Buddy, Amino Acid Reference, the ChemGuru: SAT review question set  and a Chemistry Glossary.

Chemical calculators are general utility calculators of value to a bench chemist to calculate molarities, to perform various conversions such as grams and moles, and to allow computations such as the dilutions of stock solutions.

There are a number of chemical calculators available including LabCal, Solutions, the ChemWeight Molecular Weight Calculator, a Dilution Calculator and a Compounds Stoichiometry Calculator. The author’s preferred member of this class is the Solutions App.

Chemical data tables are associated with either the elements or with chemical compounds.

There are many periodic table apps available, many with the same general capabilities of reviewing atomic masses, atomic radii and colour-coding of the table based on selected properties.

Additional information is available by using the internet button to open a Wikipedia page for the selected element, amino acid, or nucleobase.

The drawing of chemical compounds on a handheld device such as the iPhone is challenging at best.

There have been a number of valiant efforts nevertheless. These include the IMoleBuilder and IMoleDraw. The release of ChemJuice in late 2009 produced the state of the art app for drawing chemical structures (figure 1). Bonds can be drawn just by dragging a finger, and by tapping on atoms or bonds to delete, change atom symbol, or bond type, a structure can be drawn quite quickly. 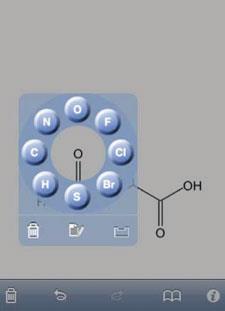 Figure 1. Drawing structures on your phone

ChemJuice includes a gallery of over 100 molecules and allows the calculation of molecular weight, formula and element composition. The app also converts grams to moles and vice versa and provides an interactive periodic table with video links to the University of Nottingham’s Periodic Table of Videos.

For the visualisation of larger molecules, such as proteins, readers are referred to the molecules app. This application provides three-dimensional renderings of molecules that can be rotated by moving your finger across the display (figure 2), and zoomed in or out by using the standard Apple iDevice two-finger pinch gestures. 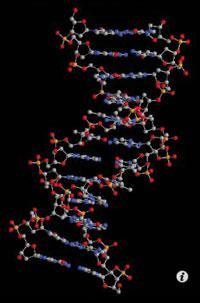 New molecules can also be downloaded from the RCSB Protein Data Bank.

There is a movie that demonstrates the application, which is available for review online (see the ’Related links’ box at the bottom of this page).

A discussion regarding mobile chemistry would be incomplete without a consideration of the future of ebooks in science.

With an increasing number of readers turning to the Kindle for reading their eBooks, and with the recent release of the iPad and many other pad, slate and tablet devices already hitting the stores, more people will turn to these devices to read their texts.

Of course, ebooks are not just texts. They are already being released as rich multimedia experiences with one recent example demonstrating a potential future enabled by the iPad experience.

3D specs at the ready

Theodore Gray’s The elements: a visual exploration  was originally released as a hardback book and in that format was a festival for the eyes containing stunning imagery. Released as an ebook to coincide with the release of the iPad, each element has two ’epages’ dedicated to it.

The first page is a rotating 3D image of the element together with reference information including the atomic radius, crystal structure, density, melting and boiling points and other data.

The second page provides a series of additional facts and stories about the history and uses of the element (figure 3). 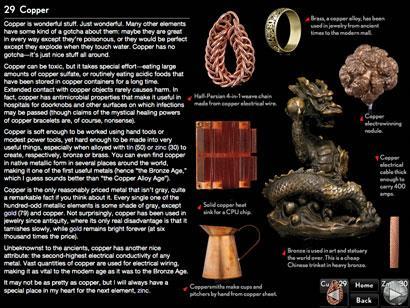 Figure 3. An ePage showing the details of the element copper

Alongside this information, access is provided to a number of additional 3D images which can be finger-rotated as well as an occasional embedded video.

At least one of the images is even available in a stereo 3D view if you have a pair of 3D glasses.

The book is an excellent example of the value of mobile chemistry in ebook format in the future.

Mobile chemistry is already in the hands of thousands of scientists. This will continue to gain momentum. What is possible today with the computational abilities of a smartphone will be dwarfed by the capabilities offered in the near future by the ’genius phone’.

The programs at the desktop will increasingly migrate to the apps in the hand. It will be worth reviewing the state of the art in a couple of years and we may just do that.

We received news of a new chemistry app being tested by Antony Williams as we went to press. Check out Named Reactions developed by students at Stanford University, US.