Will filling your car with biofuel ever be sustainable? Matthew Aylott says that new technology is set to make this dream a reality

Will filling your car with biofuel ever be sustainable? Matthew Aylott says that new technology is set to make this dream a reality

Could the rubbish you throw out today fuel your car tomorrow? It sounds like a simple idea, and it’s one that has caught the attention of scientists, big businesses and governments across the globe. 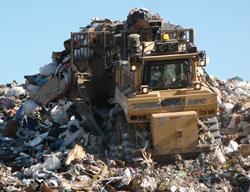 Running out of landfill space

Conventional biofuels, such as bioethanol made from plant sugars and biodiesel made from plant oils, have proven to be divisive since they were first introduced at the fuel pumps over five years ago. Some see them as the perfect way to wean ourselves off fossil fuels, while others see them as a retrograde step, causing more harm than good.

It is difficult to generalise about the environmental impacts of biofuels because they are so variable. Their benefits and costs depend on what they are made of, where they are from and how they were made into fuel.

In particular, fuels made from food crops have been blamed for increasing greenhouse gas emissions from transport, pushing up food prices and displacing valuable habitats. But even these so-called ’first-generation’ biofuels can be beneficial to the environment.

In fact, conventional biofuels used in the UK last year reduced greenhouse gas emissions by 55 per cent compared with petrol and diesel. In the long term, electric cars may prove to be an even more sustainable alternative, but for now biofuels are cheaper and can be used in the cars we drive today with few or no modifications.

Advanced biofuels - so called because they use advanced conversion technologies such as gasification and pyrolysis to make fuel from just about anything, including household waste and agricultural residues - have long been touted as a more sustainable alternative to fuels made from food crops. They offer the potential for higher greenhouse gas savings, avoid using crops for fuels and make more efficient use of waste.

Now the technology is catching up with the promise and new facilities are appearing across the globe. While most remain at the demonstration scale, it is a promising step towards making advanced biofuels.

For example, Ineos Bio plans to build a biorefinery near Hull, UK, which will convert waste biomass into a combustible gas. This gas can then be burned to provide electricity or fermented into bioethanol.

Converting municipal solid (household) waste into biofuel is particularly appealing because it tackles two of the biggest sustainability challenges we face today: climate change and limits on landfill space.

Estimates suggest that Britain will exhaust its landfill space within seven years unless much greater effort is put into finding alternative uses for our rubbish, such as increasing recycling rates.

In the UK we throw away more than 30 million tonnes of household waste, and around half of this is sent straight to landfill. There, it degrades over tens of thousands of years.

To tackle this issue the UK Government introduced a ’landfill tax’ of ?56 for every tonne of waste sent to landfill, rising by ?8 per tonne per year until at least 2014. This has resulted in an increase in recycling. But this is not always the best option for waste - this is true where there is no demand for recycled materials or if more energy is consumed in the recycling process than would be used to manufacture a new product.

Advanced conversion technologies are allowing us to capture more of the energy stored in waste and convert it into useful products. And with up to 60 per cent of waste in your bin bag coming from renewable sources, this could be a great way to produce more low carbon fuels.

But challenges and questions still remain. Which competing markets will emerge that also want to use this waste? How do we bring down the cost of producing advanced biofuels? Are the government incentives set correctly to encourage the use of fuels with higher greenhouse gas savings?

As the availability of land decreases, greater emphasis will be put on sustainability. We must ensure policy is up to the challenge and drives the development of advanced biofuels by linking financial rewards to environmental performance.

Matthew Aylott is a science and technology writer at the National Centre for Biorenewable Energy, Fuels and Materials, UK