William Bains offers a new model for the pharmaceutical industry

William Bains offers a new model for the pharmaceutical industry

Drug discovery is in trouble. Productivity was declining by the 1990s, and the trend has only been reversed by expenditure on biotech acquisitions, so that between a quarter and a third of new molecular entities now originate from biotech. And this would solve our problems except that initial indications are that the boom in biotech productivity is also over. 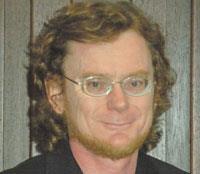 The decline is driven by a demand for shareholder returns on a timescale tenfold shorter than the R&D cycle and a vicious circle of mistrust between patients, doctors, and the biomedical establishment. Clinical trial sizes are rising, and the level of potentially risky innovation in products is falling as companies try to defend themselves against lawsuits and the FDA, and shareholders lose patience and dump the stock.

Ironically, this is happening as other trends make this the ideal time to research radical, new approaches to disease treatment. Medicine is starting to make inroads into diseases of old-age. The baby boomers, the generation that created all those FDA rules and litigious tort lawyers, are starting to move from healthy middle age to less healthy old age, and are demanding treatments to postpone the process.

They are already finding ways to access them. Sales of agents such as erythropoietin and human growth factor to the ’ageing well’ are rising fast (admittedly from a tiny base). Individuals are self-prescribing antibody anti-cancer agents prophylactically, and are trawling the internet for sources of drugs in clinical trial that may cure or prevent disease.

Social networking sites are being set up to coordinate patient groups for clinical trials, and to pool experience with drugs, both launched and experimental.1 Some medics have abandoned the conventional mechanisms of biomedicine entirely and are forging out on their own, ’n  =1’ self-experimentation clinical trials.2

Recently, I proposed that this logic could be taken further.3 A major driver of cost is the enormous regulatory burden at every step. Much of this is to avoid lawsuits and gain market share. Patient mistrust of the motives of research medics and pharmaceutical companies means that endless checks are needed to make sure patients cannot blame anyone but their own biology for adverse events. But if my friend who is taking a drug says, ’I am on it, it is great, you try it’, I am more likely to believe that adverse effects are mistakes, not the result of negligence or conflict of interest. The need for a huge regulatory infrastructure is reduced, if not eliminated, because we have mutual interests - we have mutualised our investment in the new medicine.

We routinely mutualise other costly and risky activities, like buying a house. Can we ’mutualise’ drug R&D? Can we form a Biomedical Mutual Organisation to acquire, validate and test new medicines on ourselves? The owners (shareholders if this is a company) would acquire and test the drug on themselves, analyse the results, good and bad, and share the benefits or costs of the outcome. Their interests would be aligned, and they could be as adventurous as they, together, wanted or dared to be.

There are many problems with this idea, even for development, never mind discovery.4 Who would volunteer for the placebo? How do you pay the high cost of materials for high-tech drugs such as GMP stem cells or biotherapeutics, or that of picking up the pieces from a TGN-1412-like adverse event? But some scientific and economic creativity can overcome many of these issues. For new uses for existing drugs - even drugs currently in clinical testing rather than on the market - this could be a useful economic structure.

What would it mean for the industry to create a biomedical mutual ’biotech company’ funded by its trialist shareholders? Initially, not a lot - it would be another example of the strange measures biotechs take to get funding. But in the longer term I hope that just one successful example would show that if you align the economic and medical interests of everyone concerned, then genuinely radical therapeutic ideas can make it into general use at far lower cost that through the standard model, and we can restart the stalling motor of biomedical innovation.