Conspiracies make great stories. Among the greatest is The magic flute, an opera of musical genius, with tunes so virtuosic and brilliant – such as the Queen of the Night’s aria – that everyone in the west has heard them, often with no idea of their origin. But it is also very strange because of its reliance on numbers and geometry. If few of us notice that the opera is scored in E-flat major (the only scale with three flats) and that the lengths of the two sections in act one are split in the golden ratio, no one can miss the appearance of three ladies, three boys, three doors, three trials and a succession of trios of voices. 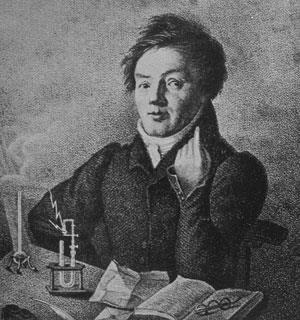 The reason is that Mozart was, for the last seven years of his life, a Freemason. Today we associate Freemasonry either with absurd rituals or obscure plots. But in the 18th century, it was formed of an educated elite, inspired by Enlightenment thought, who dreamed of a world founded on models of absolute justice, rationality and fairness; one in which an individual might advance himself through virtue.

At the heart of Masonic thinking were Pythagorean ideas that the world was ruled by numbers. Mathematics could provide the rational framework through which apparently unruly nature could be mastered. The number three was particularly significant, symbolising the rational qualities of men (as opposed to two, the female).

Chemists too, inspired by Antoine Lavoisier’s textbook, adopted rational strategies to make sense of their findings, and wondered whether chemistry could be understood by means of mathematical ratios and geometry.

But entry into this world of rationality was by no means easy. For a boy like Johann Döbereiner, the son of a coachman turned estate manager, the odds of getting an education were thin. His parents, however, encouraged him to study and at the age of 14 he became an apprentice apothecary. He then wandered from job to job across Europe, attending occasional lectures and scientific gatherings.

Nine years later he returned home, but although fully trained he could not afford to set up in the apothecary trade. Instead he went into business making and selling chemical products, reporting his experiments in a journal published by the chemist Adolph Gehlen. But Döbereiner’s ventures failed, often through the interference of spiteful competitors who resented his success and his intellect. Penniless and with eight children to feed, his future looked bleak.

Then a miracle occurred. The elderly professor of chemistry in Jena died, and the Duke of Saxony, Carl August, who had originally established the chair together with the polymath poet Johann von Goethe, cast round for a successor. Gehlen immediately suggested Döbereiner. With support from Goethe, Döbereiner set up a laboratory and began giving lectures. He was a brilliant teacher who coupled theory with practice, a model that would be followed soon afterwards in Giessen by Justus Liebig. 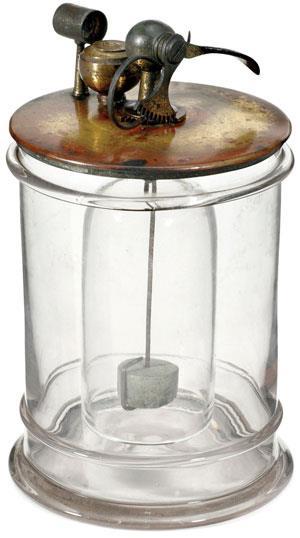 Like his great contemporary Jöns Jacob Berzelius, Döbereiner conducted methodical chemical analyses to establish the ‘combining weights’ of the elements. Döbereiner noticed that the weight of strontia was close to the average of those of lime and baryta. He found similar groupings for other elements: lithium, sodium and potassium; chlorine, bromine and iodine; sulfur, selenium and tellurium. The observation provided the first glimmer that there might be a governing principle to chemistry, and started a thread that would lead through Lothar Meyer to John Newlands and eventually Dmitri Mendeleev.

But Döbereiner had many other projects. He read of an experiment in which Humphry Davy’s younger brother had found that finely divided platinum caused the spontaneous ignition of alcohol in air. Döbereiner found he could do the same with hydrogen. More significantly, the platinum was unchanged by the process. Berzelius would term it catalysis.

For Döbereiner, the observation offered fire on demand. He built a simple U-tube in which sulfuric acid reacted with zinc. The resulting hydrogen passed through a nozzle onto a platinum sponge where it ignited. Closing a tap stopped the flow of hydrogen and pushed the acid back away from the zinc stopping the reaction. His Feuerzeug – fire lighter – demonstration in 1823 caused a sensation and thousands were sold across Europe until superseded by the phosphorus match, ironically developed by one of Döbereiner’s own students, Rudolf Böttger.

Döbereiner never profited from his inventions, but he wrote ‘I love science more than money, and the knowledge that I have been of use to many mechanical artisans makes me happy.’ He was buried with no coffin, two fruit trees planted above his grave to benefit from the decomposition of his body.

But a question remains: was it coincidence that Döbereiner grouped his elements in threes? Or was he, like his friend Goethe and his patron, Carl August, a Freemason, and the periodic table yet another Masonic conspiracy? I think we should be told!

I am grateful to Bill Brock, Alwyn Davies and Eric Scerri for their insights and corrections.