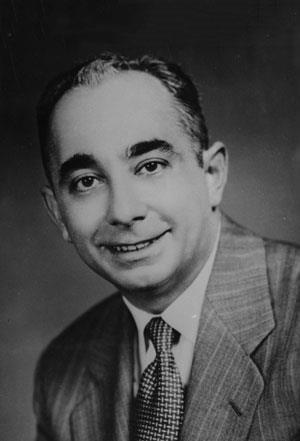 I once spilled some salt at a family lunch. ‘Quick, throw a pinch over your shoulder,’ my aunt said mysteriously, ‘it gets in the eyes of the Devil.’ I was reminded of this while conducting one of the rituals of the bourgeois life: pouring salt into the reservoir of the dishwasher. When people ask me why we do it, my reply is as cryptic as my aunt’s: ‘It’s for the resin. It softens the water.’ Yet it is a ritual with deep chemical roots that have taken us from the world of manure to the brink of mutually assured destruction.

The origins of ion exchange can be traced to the 18th and 19th century experiments that vastly improved agriculture. In the 1840s Henry Stephen Thompson, a landowner in Yorkshire, UK, employed the chemist Joseph Spence to investigate the fate of the ammonia that seemed mysteriously to vanish from his manure heaps. Spence carefully leached solutions of salts through beds of local soils and found that ammonia was retained while the water below was enriched in calcium. This report was confirmed in 1850 by the chemist John Thomas Way, who demonstrated how a variety of different soils were capable of ‘base exchange’. The process was associated with the clay fraction of the soil, was extremely fast, and different ‘bases’ (cations) were retained to different extents. After the German chemist Alfred Eichhorn showed that the zeolite chabazite behaved similarly, it was clear that ion exchange was a fundamental part of soil chemistry.

By the start of the 20th century, the German chemist Robert Gans had developed synthetic zeolites – permutits – that could be used to ‘soften’ water by capturing calcium and magnesium and releasing alkali metals. These hugely extended the lifetimes of boilers, yet the stability of these materials left much to be desired. In 1934 two English chemists, Basil Adams and Eric Leighton Holmes, reported a new approach. By condensing formaldehyde with hydroxybenzenes, they obtained a resin that exchanged cations beautifully. Their patent was a turning point. Soon a number of products were on the market, including Amberlite-IR1, the first commercial resin.

The work caught the eye of a young polymer chemist, Gaetano Frank D’Alelio, who was working for General Electric (GE). D’Alelio was from Boston, US, and studied at Boston College before he won a scholarship to Johns Hopkins University, where he worked with the organic chemist Emmett Reid. Joining GE in 1936, D’Alelio worked in their plastics division on phenol-formaldehyde resins: the basis of Bakelite, laquers, and insulating foams. He then began making what could be described as among the first functional polymers. In an intense period of work at the beginning of the second world war, he developed several resins for cation or anion exchange. After exploring Adams and Holmes’ systems, he switched to radical polymerisation of styrenes and acrylates. His cross-linked styrene copolymers either incorporated carboxylate groups or were post-functionalised with sulfonate or ammonium side-groups, and could swap cations or anions respectively. The robustness and versatility of these materials was unparalleled; the patents were quickly licensed by the Dow Corporation and sold under the name Dowex. 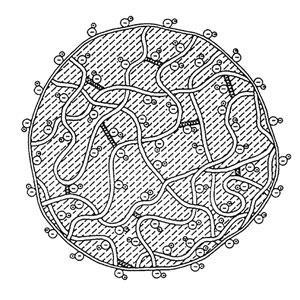 The various resins could not have come at a more opportune time. The scientists involved in the Manhattan Project were frantically hunting for ways to study the rare earth elements. These were key fission daughter products, but their separation was still among the most intractable of chemical problems. Adsorption chromatography had yielded only modest results, so Frank Spedding, a lanthanide spectroscopist at Iowa State College, US, set a student, Elmer Gladrow, the task of trying the new resins. Using citrate as a competing complexing agent, and working at a specific pH, Gladrow was able to separate adjacent elements on a cation exchange resin less than two metres in length. This breakthrough heralded the dawn of the golden age of f-element spectroscopy.

D’Alelio’s work during the war earned him a Naval Ordnance Bureau award, but he had already left GE. A string of moves followed, perhaps because of his notoriously blunt and abrasive personality. First he became research director of the Pro-Phy-Lac-Tic Brush company, where he developed nylon toothbrushes. He then moved to the International Rayon Corporation, before becoming vice president of the Koppers Corporation. In 1954 he was appointed head of the chemistry department at Notre Dame University, US – though the story of how and why he moved is shrouded in mystery and competing rumours abound.

His style did not go down well with his colleagues. He was an empirical, practical inventor after the manner of Thomas Edison; he seldom published, preferring to patent his results, and his tenure was difficult and divisive. There were shouting matches and accusations of skullduggery. In 1959 he was replaced as head and thereafter kept himself and his group apart, juggling consultancies with Nasa and the CIA, still patenting his work but omitting his students from any credit. ‘He was someone you loved or hated,’ says Thomas Miranda, a former student of D’Alelio.

Regardless of these personal conflicts, the impact of D’Alelio’s work is hard to ignore. The descendants of his resins became big business, and their applications have multiplied, with implications for food science, molecular biology and the isolation of new elements. For the rest of us, they help make tap water purer, dishes cleaner, and our espresso sweeter. Let the Devil be damned! Spill that salt.

I am delighted to thank Thomas Miranda, John George and Thomas P Fehlner for their guidance and recollections.